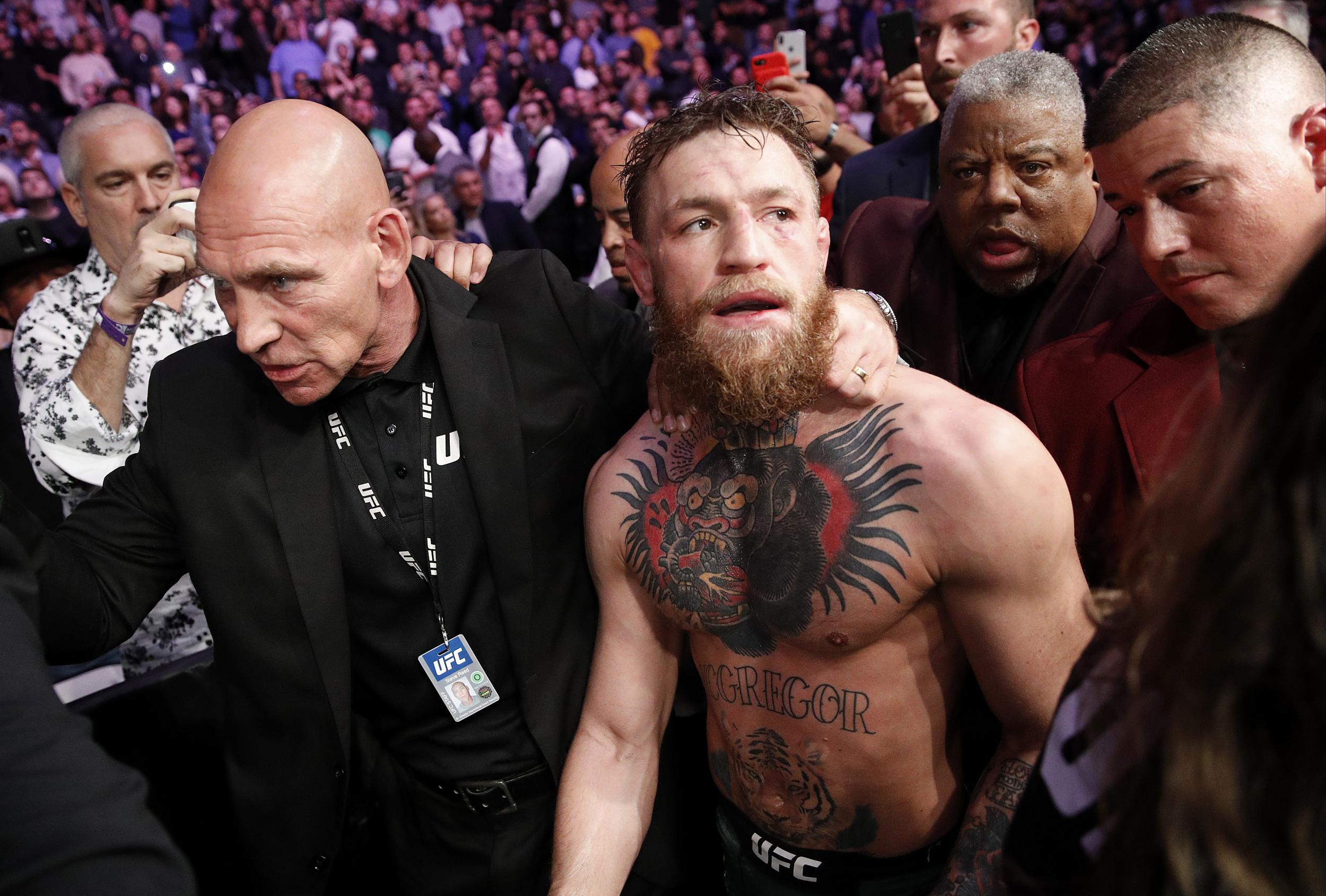 Man, how many angles and new revelations about this two minute ruckus can there be?

I asked that question yesterday and I’m probably going to ask it again after this new footage emerged showing Conor getting absolutely blindsided and battered by a couple of Khabib’s boys. We saw him obviously getting hit by them but I don’t think any angle has been as a definitive as this one.

You can watch it for yourself but it’s basically a couple of Khabib’s men blindsiding a dazed Conor and going straight for his face. Not really surprised he looked so fucked afterwards when this is happening to him:

Damn. The beef really is real there isn’t it? Still can’t really believe that these guys hated him so much that they would legit attack him and try to batter him, but I guess some people can’t separate the promo from reality, either way round. If those two ever step into the octagon again, sparks are definitely going to fly.

For everything that’s happened between these pair over the last week or so, click here. Whole mountain of beef to get through.