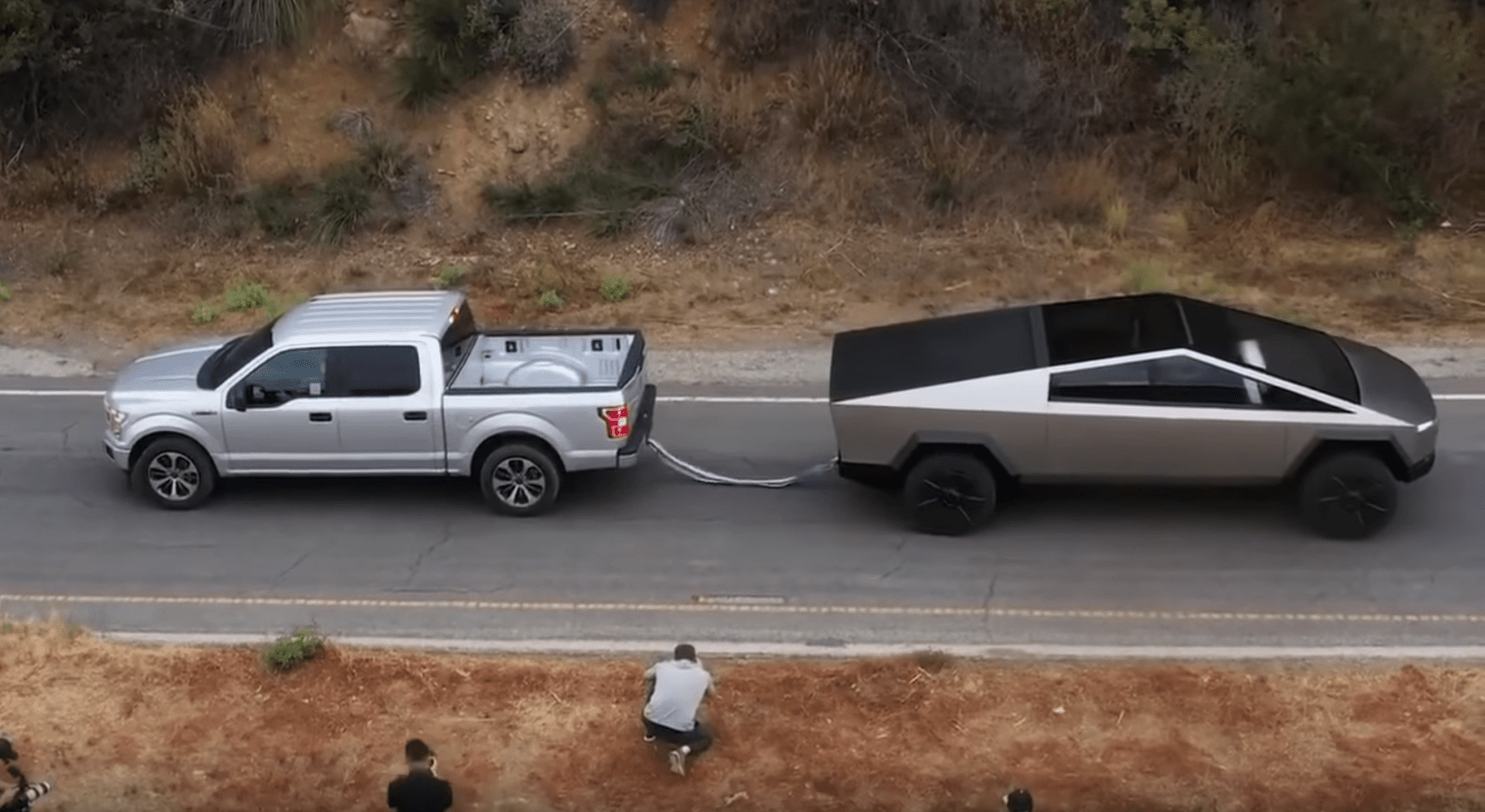 Elon Musk may have lost $768 million following the Cybertruck’s flop unveiling the other week, but he’s since announced that he’s received 200k orders for the electric truck (probably more by now) so it looks like the publicity paid off.

Well yesterday Elon Musk shared this video on Twitter attempting to demonsrate the Cybertruck’s engine power by having it pull an Ford F-150 up a hill:

We all love Torque. But high Torque just spins a tire in place if there’s not enough weight to provide traction. Fully load the F150, giving highest traction to its rear wheels, then try to drag that up the hill. I otherwise agree: Load both to the max and the highest torque wins

A badass @Tesla looking like it’s doing a badass thing. But if the @Ford F-150 is RWD **with no payload** then weight on the Rear Axle is greatly reduced, offering only mild traction for the Tesla to overcome. This contest is more about the Physics of Friction than Engine Power.

So basically what NDT is saying is that Elon’s stunt doesn’t actually prove how strong the Cybertruck engine is, but rather the Physics of Friction; that the Cybertruck displayed its prowess from the weight carried by the spinning tires – which is the source of traction – not engine power.

Naturally Elon Musk had some responses:

Electric motors also have insane torque. If we load both trucks to the max, electric still wins. Physics is the law, everything else is a recommendation.

Agreed, this will be exciting to see!

It looks like they’re cool with each other in the end, I think? Of course the next step is for Musk and his team to load up the two trucks and re-try the demonstration. Would he have bothered in NDT hadn’t tried to out-big brain him?

Elon Musk also recently apologised for smoking weed with Joe Rogan last year. How else do you think he comes up with these ideas?