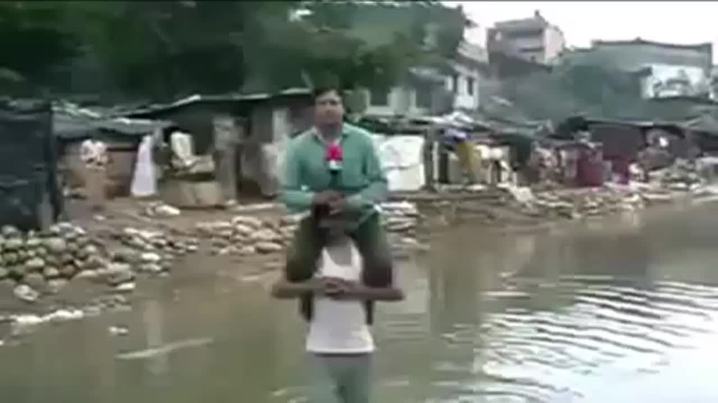 When Indian news reporter Narayan Pargaien was asked to report on the floods in Uttarakhand that had claimed 1,000 lives, he decided that his journalistic integrity required only one thing of him:

Narayan decided the best way to do this was to get up on an already wet man’s shoulders. A local man who could also completely accurately be referred to as a ‘flood victim’. He’s now been sacked, and is blaming his cameraman for setting him up, claiming a tighter shot was agreed.

â˜› The Warriors Of Goja