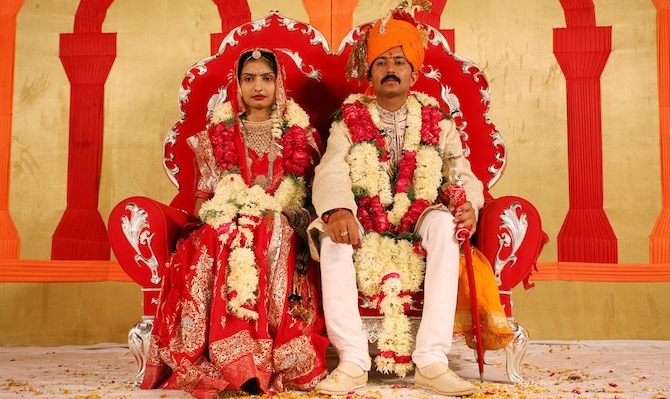 A court ruling in India has concluded that having sex equates to being legally married. What would this mean for the world if it became universal law?

A court ruling in India this week concluded that adults who sleep together should be considered legally akin to married. The judge ordered a man to pay alimony to a woman who had been living with him for five years and birthed two of his children, despite them not being married.

â˜› Next: Star Wars Weddings – A New Hope For Marriage

The judge – C.S. Karnan – said, “If any couple choose to consummate their sexual cravings, then that act becomes a total commitment with adherence to all consequences that may follow, except on certain exceptional considerations.”

He even added that the usual rituals of marriage – going around the ceremonial fire, garlands and rings – were only for the satisfaction of society. What really seals the deal is that the couple have had sex. A penis going inside a vagina is the metaphorical ring on the finger, or finger through the ring, or whatever.

â˜› Next: Russians Are Photoshopping Their Wedding Photos

So, have sex with someone and you’re automatically married. What a bloody nightmare. If this ruling became universal it would turn the world as we know it upside down. Women looking to get married will be offering themselves on a plate because they know it’s the quickest way to get wifed up, while guys out on the lash will be protecting their dicks with chastity belts. We’ll be batting girls’ hands away when they try to take our belts off and telling them to just give us a quick hand job because we don’t feel comfortable going any further. Men and women’s roles will be completely reversed and it would be pure chaos.