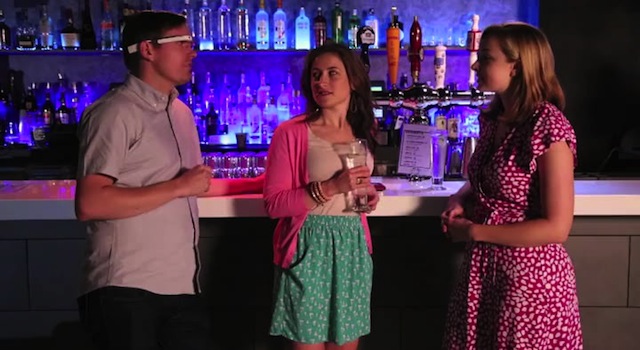 As technology evolves, scientists must create new and innovative ways to prevent people from talking in person. The latest breakthrough comes in the form of NameTag, a new app soon to be available for Android and iOS users. The premise is simple — take a picture of a stranger’s face (or, if you’re using those newfangled Google goggles, just stare at it). Using facial recognition software, their face is then run through a database to give you access to their “contact information, social media profiles, interests, hobbies and passions”.

The technology also supposedly allows users to “scan photos against more than 450,000 entries in the National Sex Offender Registry and other criminal databases”. Not the best time to have an evil twin, then.

â˜› More Apps: Guy Sends Picture Of His Penis To Girl On Dating App, She Forwards It To His Mum

The app has been developed by FacialNetwork.com (a name I thought would’ve been claimed by a much dirtier website), who run with the ominous sounding company motto “This is just the beginning.” According to them, “NameTag can make the big, anonymous world we live in as friendly as a small town.” A small town full of sex offenders, presumably.