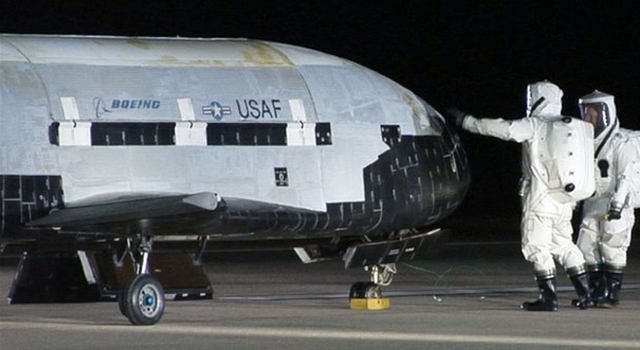 The X-37B has been in space for nearly 2 years but no one knows what it’s been doing.

Everyone likes a nice space mystery, and if it’s shrouded in a cape of conspiracy, all the better. You remember the weird sound that was recorded coming from space, well this is similar except more secretive. This morning a mysterious shuttle landed back on terra firma. The Orbital Test Vehicle or X-37B, spent 674 days in orbit around the planet, but no one knows what it was doing up there. Well, I’m guessing someone knew, but they sure as shoot aren’t telling.

Some observers wonder whether the craft has been peeking at China’s space lab, but I can’t see what benefit that would have for the US, and would they really need to look at it for nearly two years? Couldn’t they just take a picture and come back? Whether China gets a man on Mars or not would be pretty interesting, but that would be the most expensive dose of nosy in history.

More sensible observers reckon they might use the plane to test new technology destined for satellites and space stations. That sounds more sensible, but if it’s as simple as that why don’t they just tell us they’re testing stuff out? We’d all buy that and stop asking questions? Probably. 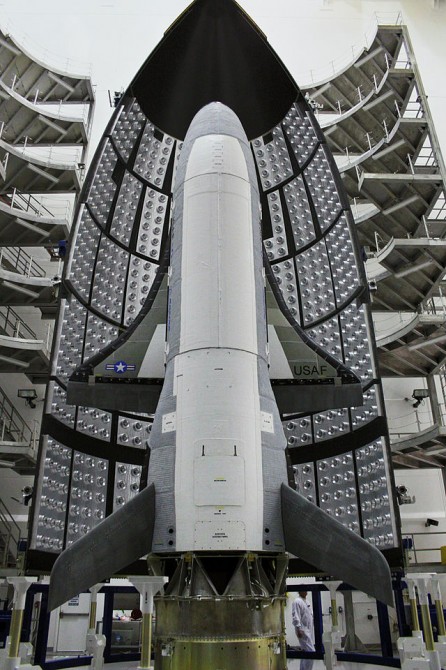 Well, this rocket, the smallest robotic unmanned space plane in existence will keep people scratching their heads for now. But I for one am pleased to have it home. Whatever it’s doing up there must be working, there’s another mission planned for mid-2015. The officials say the craft is for…

That’s pretty mysterious ain’t it? Well… fairly mysterious, I guess it’s more vague than mysterious. It’s certainly not as mysterious as the weird stuff that goes down in Denver airport that’s for sure. I guess the shuttle might be doing something so boring that the powers that be can’t bare to tell us that all that money is being spent testing the rigidity of wing-nuts or something trivial like that.

It’s better to be mysterious than dull after all.