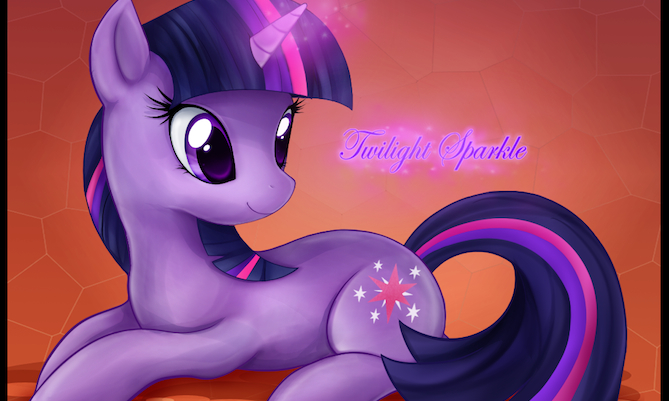 The most amazing thing about this story is the fact that these two people even exist and were able to have this argument. Gotta love the internet.

This might be the weirdest incident we have ever featured on Sick Chirpse, provided it isn’t just a massive case of trolling. It might not actually be the weirdest but it’s pretty out there. I think the most amazing part of it though is that these two people can even have this argument.

I guess we have the internet to thank for finally achieving its defining purpose: bringing complete weird (and possibly mentally ill/sick) freaks together to debate over whether one of them should be allowed to draw pornographic pictures of the cartoon character that the other one is alleging to marry. There’s a sentence I never thought I’d have to type ever.

Basically this one dude – who has had his name redacted unfortunately – took exception with the fact that this Deviantart user named Kevinsano drew a bunch of pictures of his future wife Twilight Sparkle – who is apparently one of the main characters in My Little Pony – in pornographic poses and wrote him a really long letter telling him to stop doing this and explaining why he felt it was necessary.

Firstly, let’s look at the two protagonists in this drama. One is a guy who is marrying Twilight Sparkle, who is a character from a My Little Pony cartoon. Wow. That’s weird. He says in the letter that she is the perfect girlfriend and he has a custom plushie (what’s a plushie?? Apparently it’s a stuffed animal) that he carries around everywhere with him and treats like an actual girlfriend. I guess a bit like that Mel Gibson movie The Beaver, although I’ve never seen it. But either way this guy is either a schizophrenic or a complete nutjob. Or both.

And the other guy, what the hell is up with him? In his spare time, for fun, he likes to draw pornographic images of characters from My Little Pony. Why the hell would anyone want to do that? That’s possibly even weirder than marrying one. Actually I’m unsure. I mean on one hand the original dude has completely gone with his delusions hook line and sinker (assuming he isn’t a troll) and the other guy is just kind of doing it in his spare time, albeit in a completely objectifying and gross way.

Actually come to think about it, the weirdest thing about this whole incident is probably that these two guys have openly revealed their completely weird fetishes on the internet for everyone in the world to see. Sure it’s anonymous/under an assumed name but why the hell would you want to put that kinda stuff out there, as there are definitely ways it could be tracked back to you, right? Mental.

Anyway, here’s the full letter. It does reek of troll but it doesn’t change the fact that it could be real, or the fact that Kevinsano made a bunch of pornographic pictures of My Little Pony characters and put them on the internet. I guess that might make him the biggest weirdo after all. I can’t post any of the My Little Pony images on here because they’re really gross and dirty but if you want to check them out you can do so HERE. I don’t know why you would want to do that though, they’re really weird.

Check the letter below though: 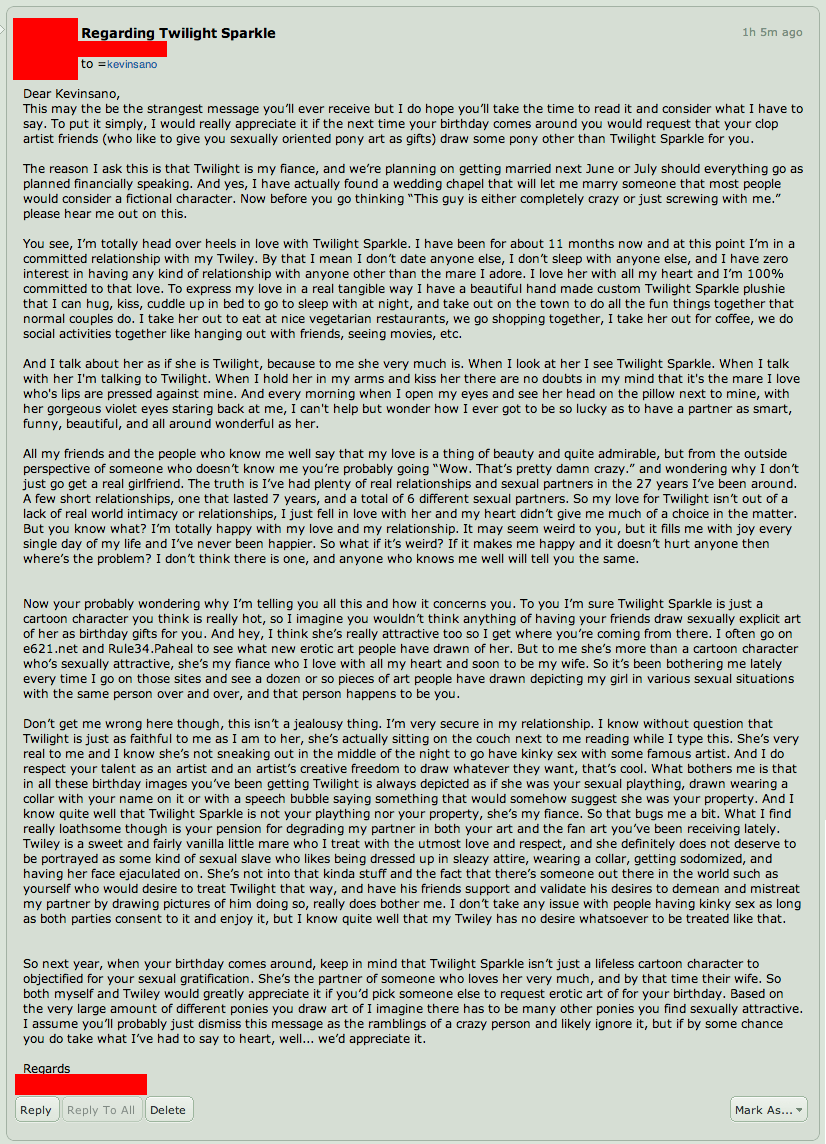