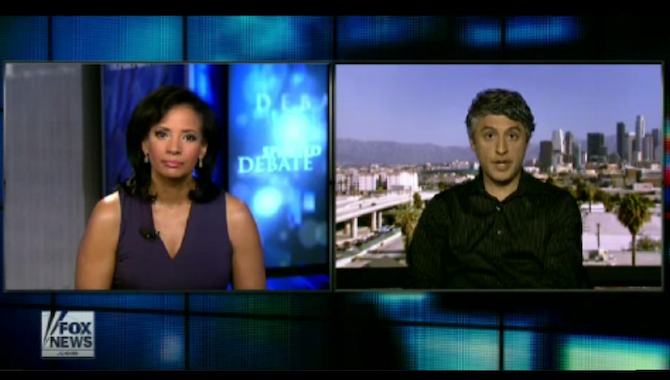 Fox News has a reputation for being a dumbass Republican network, but this interview might very well be the most offensive, racist and awkward one they’ve performed yet.

Anyone who knows anything will probably know that Fox News is the most Republican network in history and completely stuck somewhere back in the 18th century in terms of the social norms that they promote, and this probably can’t be displayed any better than in this interview.

It went down on Friday when Fox News invited renowned religious scholar and prolific author Reza Aslan onto the show to discuss his new book about the origins of Christianity entitled ‘Jesus of Nazareth.’ Aslan probably thought that he would do the normal kind of spiel you have to do when you’re promoting a new book – you know, talking about the book, his influences when he was writing it, the main arguments/points from it etc etc – but instead the Fox News anchor Lauren Green decided to take up pretty much the whole ten minute interview by completely attacking Aslan’s credentials and motivations for writing this book.

I don’t really know why Lauren Green decided to bully Alsan throughout the interview and try to imply that his book was an Islamic attack on Christianity, as he explains himself pretty clearly at the start of the interview that he’s studied all religions for two decades as part of his academic career, but it seems like she made her mind made up before the interview start and just went for it relentlessly, kinda like a One Direction fan or something.

Any journalist could have easily done some research on Aslan and figured out that he wasn’t a terrorist as his academic record speaks for itself. Although having said that it’s always a guy like this who turns out to be a terrorist in 24, but that is a fictitious TV show and I’m kinda backing Aslan here as it seems like he knows what he’s talking about and his constant rebuttals to everything Green says without losing his cool kinda make him a badass in this interview.

Even though Alsan completely shoots down everything Green implies/says about him she just continues to go at him throughout the ten minute interview, reading disparaging quotes to him from a number of other academics (who are probably southern Republicans) who have disagreed with his views and legitimacy in writing the book. Again, he keeps his cool and answers back eloquently and coherently, which just makes Green and Fox News look like even bigger idiots/racists. The whole thing is kinda unbelievable.

What makes the whole thing even more cringeworthy is that Lauren Green is black and it hasn’t been so long since people were probably making similar generalisations and accusations about her race in the mainstream media over in America. The more things change the more they stay the same huh?

You can check out the interview below. It’s pretty commendable how Aslan keeps his cool throughout the interview despite being absolutely hammered and treated like shit all the way through it. Props dude.

The Weirdest TV Interview Ever