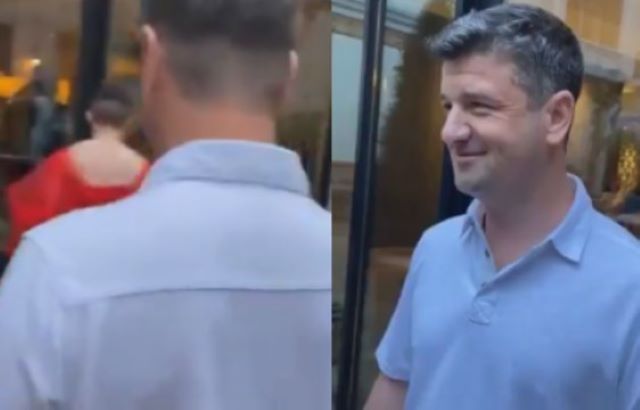 Is he disgusted or aroused?

In terms of socially acceptable school prom attire, it’s safe to say that things have changed just a little bit from the days of our parents and grandparents. You’ve now got boys and girls turning up in all manner of gendered clothing, using all kinds of funky pronouns, and dying their hair in all kinds of exciting colours.

Well one dad over at this school in the States was utterly baffled at the sight of a teenage boy in a prom dress, and he let them know it:

Welp, when a white guy has a smirk like that on his face you know he’s pissed. Although I guess he’d have that same smirk if he was actually into teenage boys in dresses? Hard to say whether he legitimately finds it gross & disgusting or whether he’s got a secret crush on the kid. I mean he’s basically staring at him the entire time like he’s wondering what colour panties the lad has on. Reckon he asked for his number once the camera stopped rolling?

To watch a British school student get kicked out of class for claiming there are two genders, click HERE. I think we can guess which side of the argument this guy would be on.