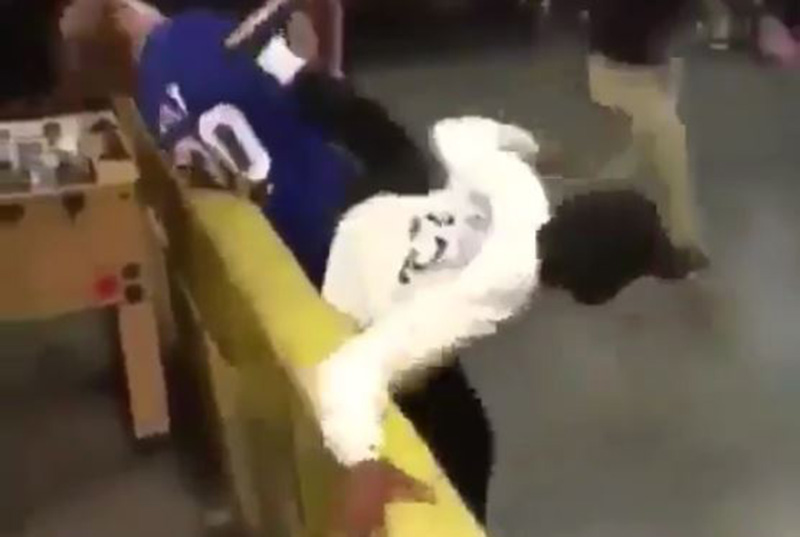 Watch him land a vicious spinning kick to this girl’s face.

The mosh pit is the one of the few places on earth you can beat the shit out of someone and get away with it (within reason), but something tells me this guy’s pushing his luck a little bit.

Watch as he first delivers a sweet roundhouse kick to that chick (I think it’s a chick), and then proceeds to punch up a couple more people for good measure:

I think the Tweeter’s caption might be bang on the money. This guy doesn’t care about rock music, he’s just there to inflict devastating amounts of pain on anyone unfortunate enough to be standing near him. Otherwise he might’ve at least apologised to that girl for smashing her eye socket into a million pieces. Instead it gassed him up to a whole new level where he literally wanted to take on the rest of the crowd. Nice of them to stand there and take it I guess.