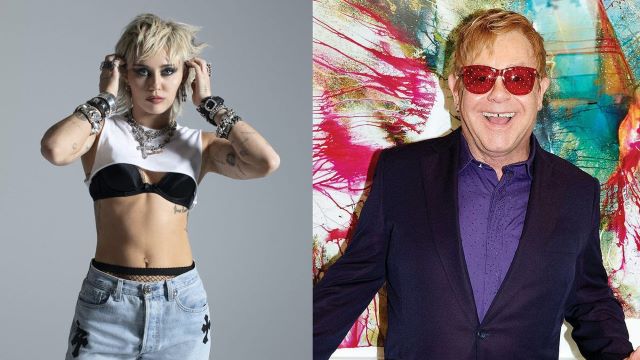 ‘Nothing Else Matters’ by Metallica is one song that definitely doesn’t need a cover version, but Miley Cyrus went ahead and covered it anyway with the help of Elton John, Red Hot Chilli Peppers drummer Chad Smith, Metallica’s own bassist Robert Trujillo, and a couple others.

Not bad eh? I mean say what you want about Miley Cyrus, the girl has killer vocals. Yeah OK you might think a pop starlet like Miley Cyrus covering a Metallica track is borderline blasphemy, but hey if Robert Trujillo doesn’t have a problem with it (and is actively involved in it), then why should it bother anyone else?

I mean, having Elton John and Metallica and me … I love when ingredients don’t quite fit.

Or it seems like a concoction that no one would ever put together, and you gotta have someone like [the song’s producer Andrew] Watt that will take that risk.

As we reported last year, Miley Cyrus is actually recording an entire album of Metallica covers. There’s no release date yet but the band is fully behind the idea, which suggests it’s gonna be pretty damn good.

It seems she can do no wrong as far as cover songs as concerned. Go Miley Go!

For the time Lily Allen told a story on how she almost took heroin while supporting Miley Cyrus on tour, click HERE.