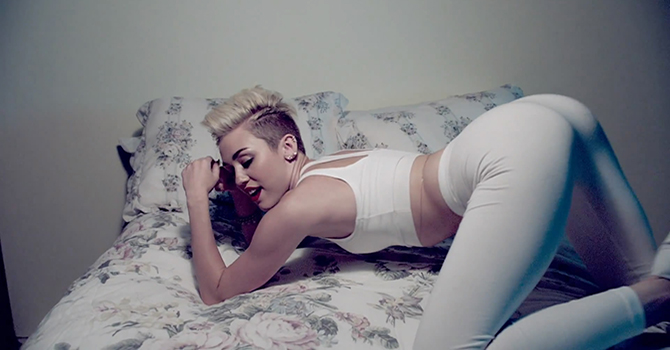 Are we sex freaks, rubbing our genitals for anyone who will watch? Or are we silently happy that such a private act exists for us to enjoy?

I’m sure you’ve all seen the now world famous VMA awards ceremony and you’ve all got your opinions on it. I, for example, tensed my buttocks so hard from cringing that I nearly swallowed the sofa. We all went to Twitter, Facebook, our WordPress blogs, even created memes within seconds. I began to wonder why. Why did I react so negatively to, well, something we see on a daily basis. Our outrage echoed louder, I felt, because of our unexplained distaste for her. She’s a young performer and like many other young performers, she wonders around naked, insinuating she’ll sleep with everything she sees. Rihanna, Rita Ora, Ke$ha, Britney and so on all tell the same story. The difference with Miley is that she’s more obvious, which took us out of our comfort zones.

Say Britney went on stage with a snake and proceeded to insert it into her vagina, I would probably react more negatively but instead I’ve downloaded all her albums. Why am I comfortable with sexual innuendos, but when confronted with the actual promise of sex I’m disgusted? It’s not like Miley was attempting to sleep with me. She was insinuating it, like all other pop stars who grace my screen. Yet her very obvious and almost terrifying transformation into a media prostitute was sudden, harsh and quite frankly no longer a welcomed sight.

â˜› Next: Breaking Bad Reacts To Miley At The VMAs

In this generation of 12 is the new 20, we see few things that don’t involve sex. Yes, it’s a big part of our existence; in that we’re here to procreate etc, but it’s as if we’re so stupid we have to be reminded to do it. It’s become the most important part of our culture. Everyone, quick get turned on and have sex. Make babies because they’re expensive. It’s an old age argument that we’re here initially to breed, and now to consume. Our most inherent of human qualities has now been deformed into a act of consumption. Sex is no longer a reason for our existence, it is the only reason. Sex sells because it has now become a tangible equity.

Fair enough, she should probably stop projecting her sexual desires to the whole world because quite frankly we live in a world where our dearest TV celebrities turn out to become our darkest nightmares. This world – despite attempting to be the liberated sex orientated utopia it suggests – is shrouded with the uneasiness of assault, rape and pedophilia. A sexually open person therefore needs to account for the fact that despite being confident and happy with yourself and procreating with a foam finger, people out there are going to get turned on in the wrong way.

â˜› Next: Madonna Is Wearing A Grill And It Looks Horrific 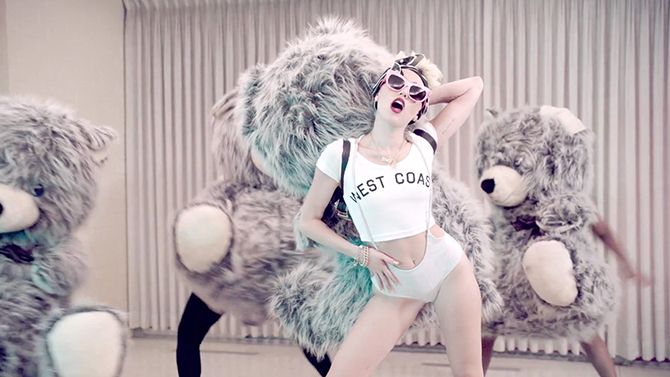 Our outrage is ultimately concern for where civilisation is heading. Are we sex freaks, rubbing our genitals for anyone who will watch? Or are we silently happy that such a private act exists for us to enjoy?

Let us not ignore the tragedy of Robin Thicke. This isn’t directed at female performers as such – only for comparison value. We have to take away the statement ‘sexism’ and understand I’m talking about ‘humans’. All these issues are not gender specific. Robin Thicke has recently been all over Twitter because a girl sent his wife a photo of him groping her. This frowned upon act was ridiculed and I’m sure he’s receiving the right sentence for it. It makes me wonder though, in a world where we accept sex as a universal admission, do we then forbid someone to act on it? I find it to be an appalling contradiction. Don’t get me wrong, I’m within the same society therefore I react with the same outrage. Miley should stop sexualising herself and Robin should keep his dick in his pants. However, if we made our mind up on how we felt about sex things like this wouldn’t happen? 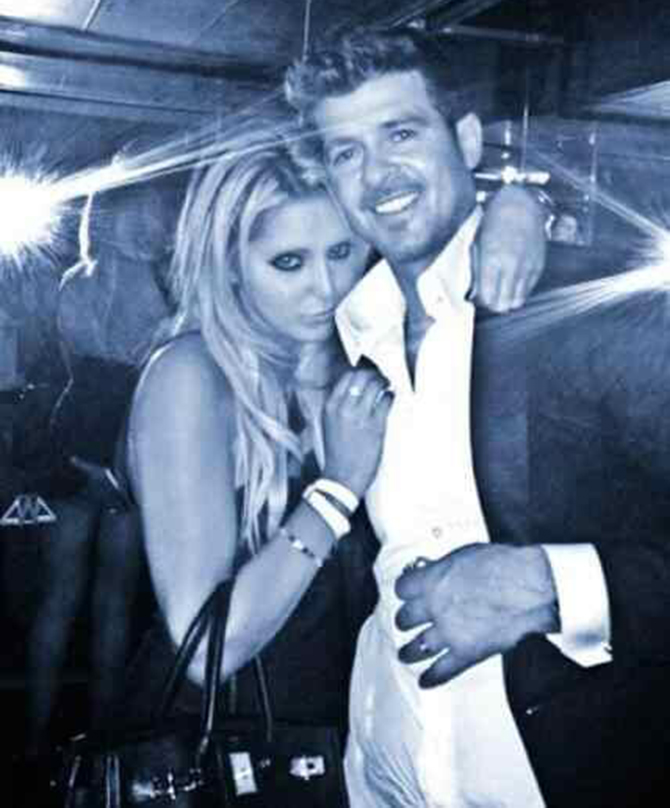 (To find offending part of image, look at the reflection in the background)

I, for one, took to Twitter and ridiculed Miley for my own ego. At least I’m not like that, I reassured myself before choosing to encourage selective memory from the days of university. Luckily it was only a handful of people who could judge me, instead of the whole of the viewing world.

Sex is a fantastic enough act on it’s own, the last thing it needs is a PR company grabbing it by the metaphorical balls and thrusting it into everyone’s face. Especially in the face of those who are not ready to enter the world of sex, because it definitely is a whole different world.

I have no real point here, just an observation. I’m on your side. I just wonder if we’re to blame.