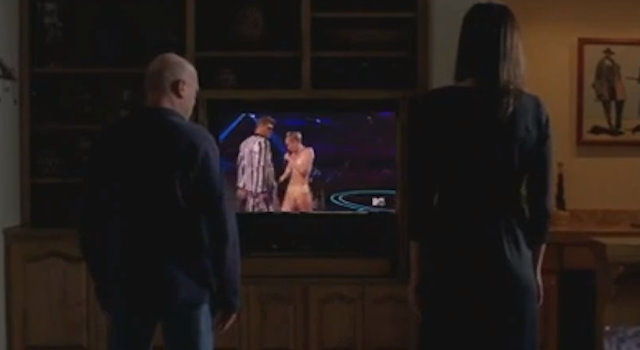 Hank and Marie react to Miley on the VMA’s and they don’t like it.

Jesus Christ Marie, Miley Cyrus and her chicken ass has been all over the headlines lately and this Breaking Bad fan has done us the good honour of making an hilarious mash up of the event imposed into a scene from the latest episode.

Incase you’ve been living under a rock, this weeks episode saw Walt give Hank and Marie what we believed to be a video confession, that was actually a straight up threat to put all of Walt’s crimes on Hank, cold.

This video is that scene with a little tweak to include a whatever the fuck we all watched at the VMA’s.

In other news, it seems that making a dick out of yourself on international TV does wonders for your record sales prompting Miley’s latest album and single to rocket in the US charts. God help us all, this girl is only 20.

Five Simple Tricks That Will Make Your Life Instantly Better