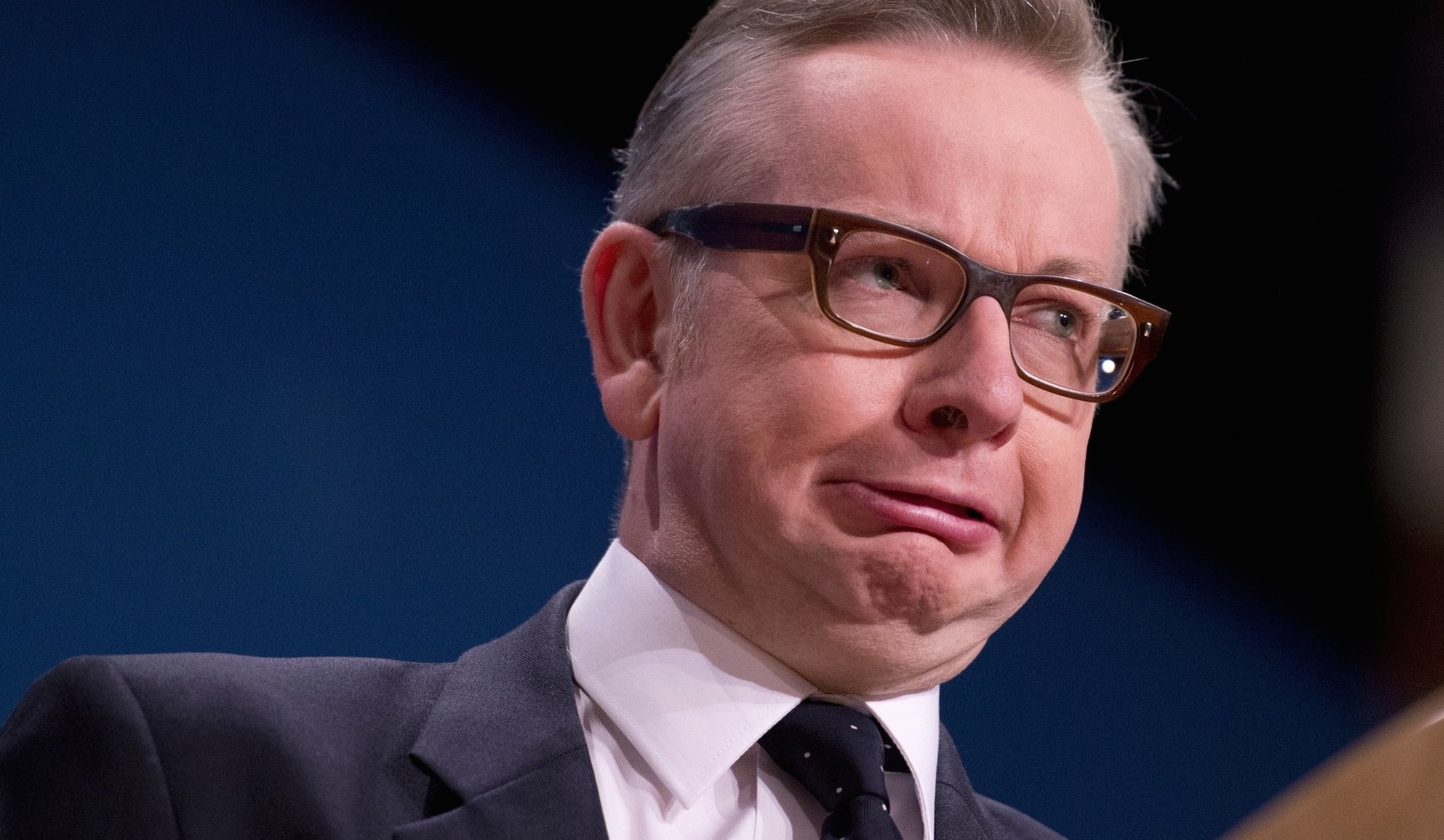 Oh how times have changed.

So it seems UK politics have gone a bit topsy turvy since Brexit came about. Despite spending the past couple of years campaigning for leave, both Boris Johnson and Nigel Farage cowardly stepped down from their political posts, leaving Michael Gove and Theresa May in a five-way battle for Conservative leadership.

Although many people are gunning for Gove (not sure why), fellow Conservative party members were pretty stunned at his announcement to run, mostly because he has spent a lot of his political career insisting that he isn’t fit for the job. Doesn’t really fill us with confidence that our potential future PM is completely unsure of himself. As put together by The Independent, here is a short history of Gove’s reluctance to stand as leader of the Conservative party:

In order to be prime minister of this country, you need to be an exceptional person… I don’t think I have got that exceptional level of ability required for the job.

I have seen how someone with immense talent, more talent than I have – Gordon Brown – when he became Prime Minister it was a grueling process. And I think that, you know, that’s not for me.

No I’m not. There… I don’t want to do it and there are people who are far better equipped than me to do it.

This time he spoke to Sky News:

I can tell you I’m absolutely not. The one thing I can tell you is there are lots of talented people who could be prime minister after David Cameron but count me out.

Sounding pretty sure there dude.

He said to the Financial Times:

I don’t have what it takes.

Fairplay. Just make sure you don’t regret saying any of this later, yeah?

Gove spoke to The Sunday Times:

I am an inconceivable choice as party leader. I don’t want to do it; I wouldn’t do it; it wouldn’t matter how many people asked me to do it – I don’t think there would be very many.

The one thing I do know having seen David Cameron up close is it takes extraordinary reserves of patience of judgement of character to lead this country and he has it and I don’t and I think it’s important to recognise in life you’ve reached an appropriate point.

This time he spoke to Sky News again:

There are so many different ways in which he [a prime ministerial candidate] can deny it. And everyone tries to look at those denials and say was he leaving open the door, or was she trying to suggest she might wriggle out of it at some point… I don’t know what I can do in a way but if anyone wants me to sign a piece of parchment in my own blood saying I don’t want to be prime minister, then I’m perfectly happy to do that.

Do you want us to hold you to that, Gove?

Gove told World at One:

Alright we get your point bruv.

I’m constitutionally incapable of it. There’s a special extra quality you need that is indefinable, and I know I don’t have it. There’s an equanimity, an impermeability and a courage that you need. There are some things in life you know it’s better not to try.

Cool, OK Gove, we get your point. You really, really, REALLY don’t want to be PM and have absolutely no confidence in yourself to fill that position. Only oh no, wait a minute, you’re now running for Cameron’s spot. That’s such a big u-turn, you can see it from space.

Here’s hoping Gove doesn’t end up being our next PM. Not only does he have no confidence in himself, but he claps like an absolute psychopath and drinks water like an bellend.