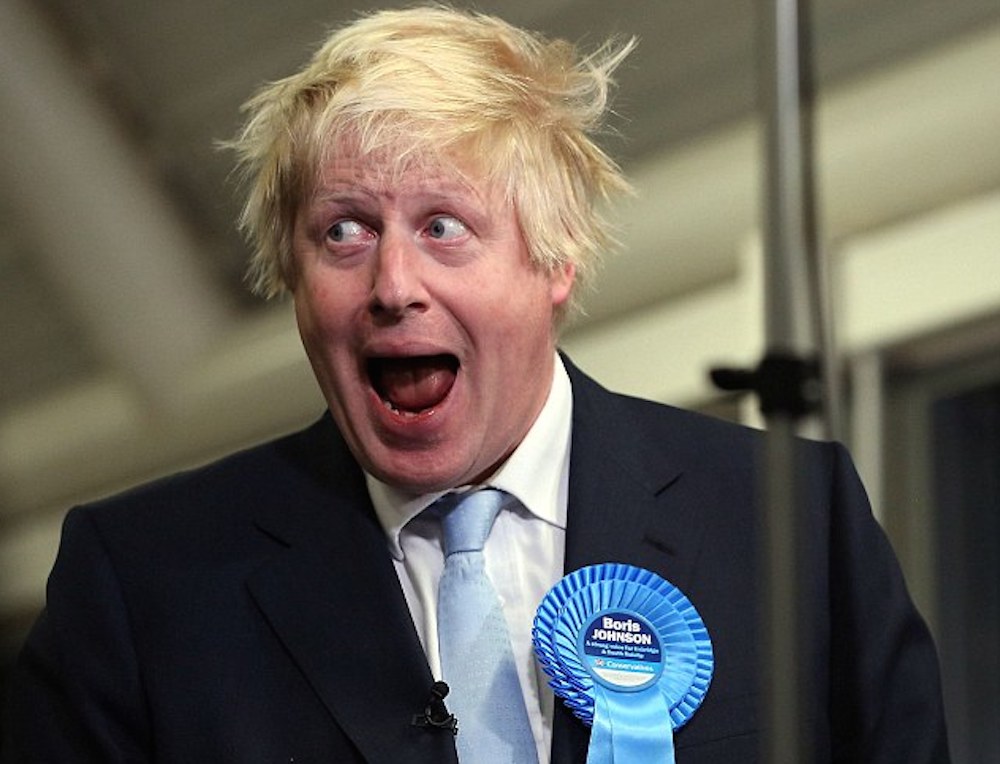 Ever since David Cameron announced he will be standing down as head of the Conservative party and UK Prime Minister amidst the occurrence of Brexit, there have been rumours flying back and forth of who will be next in line. And in another incredible plot twist befitting of your favourite TV shows, Boris Johnson just recently announced that he won’t actually be standing for leader of the Tory party as was widely expected.

Speaking just before the deadline for nominations passed, Johnson said the following:

The next Tory leader would have to unify his party and ensure that Britain stood tall in the world.

Having consulted colleagues and in view of the circumstances in Parliament, I have concluded that person cannot be me.

Aides at Boris event covered up the emergency exit sign to foil the inevitable photo pic.twitter.com/33RoIHpBzZ

Dang. In case you haven’t been following the news, Boris was widely expected to become the leader of the Tory party after he campaigned passionately for the Leave movement. Turns out that he probably had no idea what he was doing like everyone else, hasn’t got a clue what to do now and clearly wants no part of it. Smooth top level politics there. Great spot from Katherine Haddon though.

Instead, Michael Gove, Theresa May, Andrea Leadsom, Liam Fox and Stephen Crabb will lead a five-way race to be the next Conservative Party leader and PM. So yeah, no one much better, but probably more suited to the job than Boris. He ain’t got a fucking clue and although he gives that bumbling, jolly persona to the crowd, his views are nothing short of shocking. In fact, he is someone who accepts that the increasing divide between the rich and the poor that developed during the reign of Maggie Thatcher is an inevitable and acceptable outcome of the free market. As he put it:

The harder you shake the pack, the easier it will be for some cornflakes to get to the top.

So yeah, probably a good thing that he isn’t running. I’m sure there will be about 1000 more plot twists before someone is actually appointed.

What an absolute mess. For fonder memories of Boris Johnson, check out this video of him destroying a young Japanese kid at rugby. Fantastic.