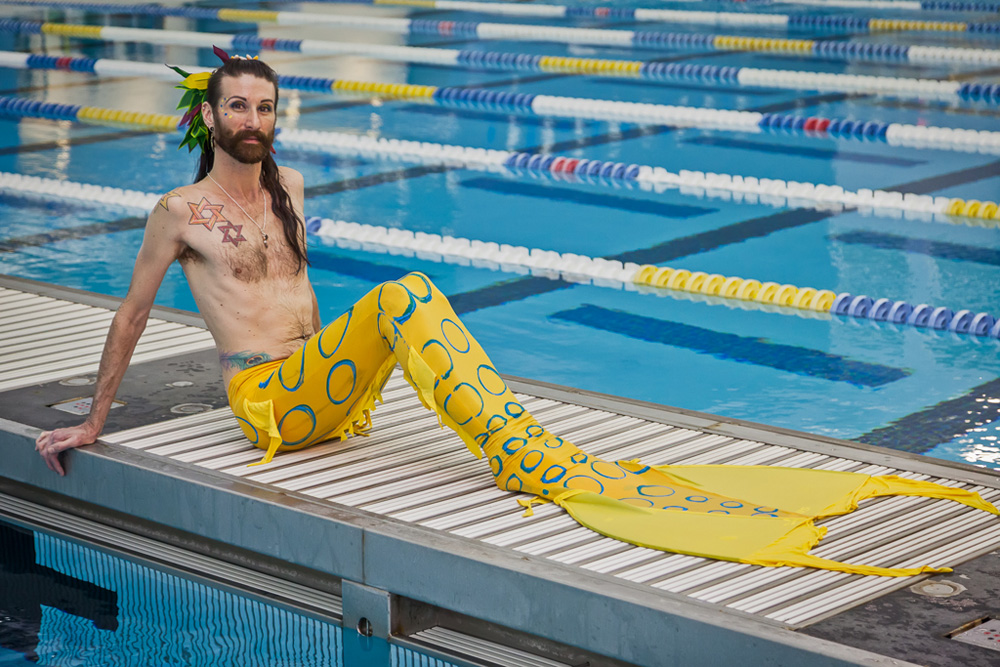 Most of us spend our weekends getting smashed, whereas this lot prefer to get splashed.

Whether you’re planning on chilling with your mates, getting mashed out your face on Salvia or selling your virginity for cold hard cash this weekend – our bets are that your plans don’t involve donning a rubber fish tail and lurking at your local swimming pool pretending to be a majestic mermaid version of yourself. Although if you are planning on doing that then we won’t judge because at least you’re not sitting under a rapidly growing mound of food crumbs during a never-ending Netflix cycle like the rest of us.

American photographer Arthur Drooker has recently found himself frequenting various underground conventions in the US to create his latest body of work titled “Conventional Wisdom”. As we’re constantly curious about the weird stuff that other people do in their spare time, we think his work is amazing. Before diving into the magical world of the mer-people he had documented his visits to a ventriloquist convention, BronyCon, the International Santa Celebration, fetish-con, a furry convention and even the World Taxidermy and Fish Carving Championships; all of which are fairly strange but give us a great once in a lifetime glimpse into these weird subcultures we’ve barely heard of. 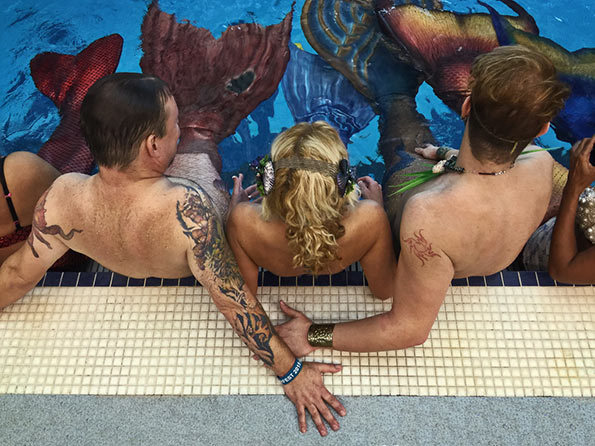 Despite the surrounding folklore dating way back to the Assyrian empire thousands of years ago, mermaids seem to be the cool new thing with nearly every Topshop enthusiast pining for colourful #mermaidhair, one entertainment company offering attractive girls dressed up as mystical sirens to attend or perform at your spoilt kid’s Sweet Six party and some UK pools offering the option to learn to swim whilst wearing a massive rubber fish tail.

The fascinating half-human half-fish sea folk are the most recent subjects in Drooker’s collection of images for his convention series. The mythological marine meet-up, more commonly known as Merfest, is held up to three times a week at the Triangle Aquatic Centre in North Carolina and it’s here that Drooker finds his latest inspiration. Up to 300 mermaid enthusiasts cram themselves amongst the poolside to bask in each other’s slightly over obsessive company and gaze in awe at the floridity of one another’s faux tails or peruse the assortment of seaside inspired goods at the waterside vendors. Unsurprisingly out of the hundreds attending – only ten were mermen.

“For many attendees, the desire to be a mermaid was spawned in childhood after seeing a movie, reading a book, going to the beach or an aquarium,” Drooker explains. “A mermaid embodied an idealized self: beautiful, graceful and confident. To emulate a mermaid one developed a mersona, akin to the fursona that a furry at Anthrocon inhabits to model an animal character s/he aspires to be like.”

If you’re after some more aquatic action – be sure to click through to see the rest of the gallery: 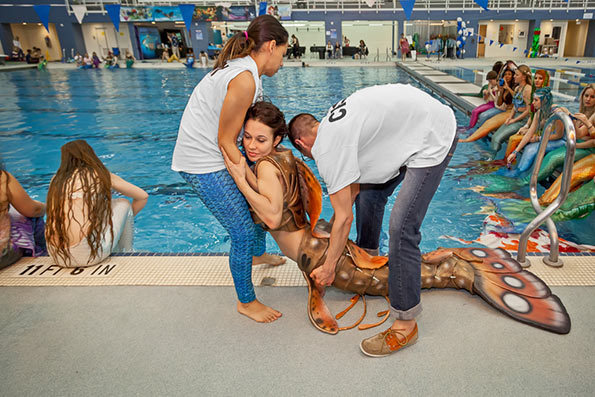