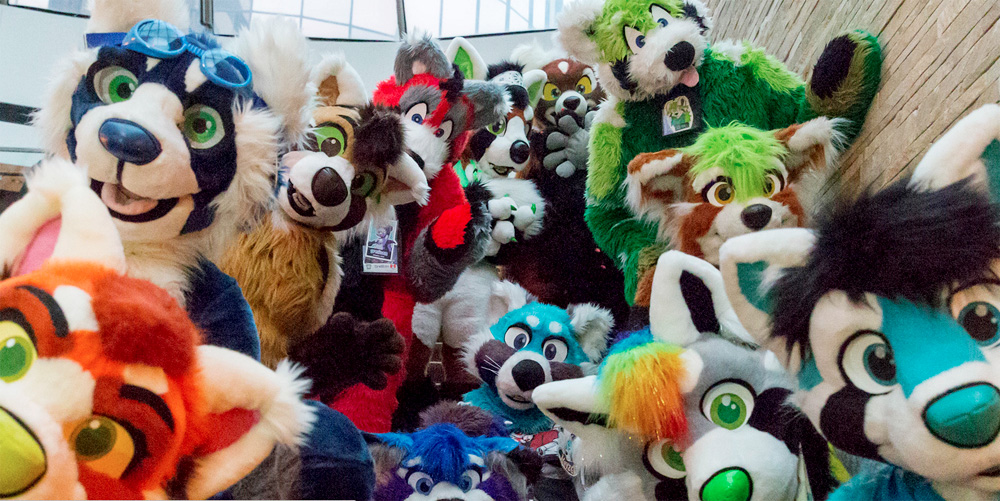 “She had this preconception that it was a huge sex party. I haven’t ever done anything sexual at a convention, and I still find it amusing to this day that someone can get upset because sex happened somewhere.”

Whilst the majority of us were mentally and physically preparing ourselves for Christmas a few weeks ago, several thousand people were evacuated from a hotel in Chicago after poisonous chlorine gas was found leaking from a container. Many of those evacuated were there for the Midwest FurFest; a convention for folk who dress up as cartoon animals, also known as furries.

We caught up with one of the witnesses, Saxxon Fox – who by day is a software developer named Tony – about whether he thought the chemical attack was deliberate, being a staff member at Midwest Fur Fest and his experiences within the furry community. He’s also politely asked us to note that the answers he has provided are not representative of Midwest FurFest, any of their other staff, or other artistic/furry/anthropomorphic events. 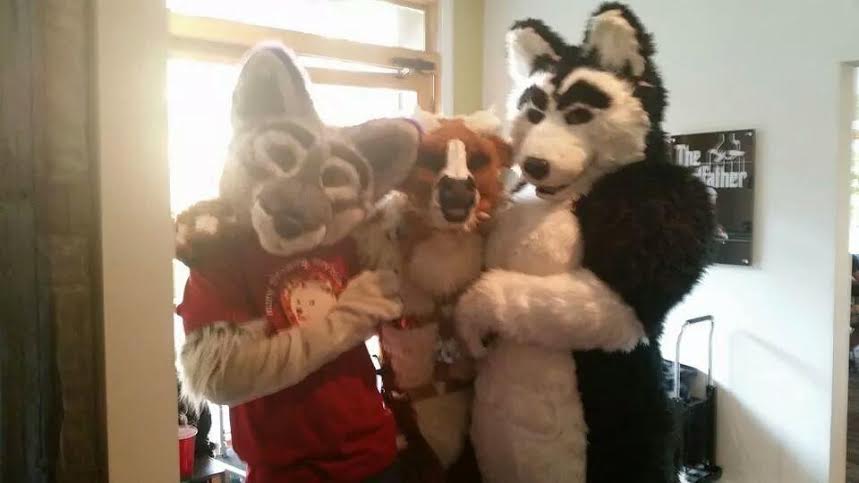 Hi Saxxon! Do you think the chlorine attack at MWFF was done purposefully? Was it a hate crime against furries?

The official statement says that it was a “criminal act”, so it does appear to have been done intentionally. There’s been no mention of a motive or message or anything like that, so we won’t know if it’s a hate crime or if it was a coincidence that a furry convention happened to be going on at the time. I suspect we’ll never know until they’ve found whoever did it.

How did you become one of the MWFF staff members?

I attended the convention twice with other staff members and found what they did to be fascinating. When a friend of mine became co-director of Artist Alley, he encouraged me to write some new software to manage the artist lists. This most recent convention was the test environment for it, and it seems to have been a great success. I didn’t know I’d get staff status until after I’d written the software, and the perks of being a staff member are totally worth the work that’s required to keep things smooth.

What usually goes down at MWFF – is it a sex thing?

Midwest FurFest is a celebration of something that brings us all together: furry. The con space, public hotel space and panels all have the spirit of both embracing what makes it awesome and educating those who are less familiar about what it is. The reasons why people go are all vastly different, but when you get right down to the core, it’s to get together and have fun. When I go, I like to ensure that other attendees are safe and enjoying the con during staff hours, and seek out socialisation and parties the rest of the time.

There’s some mature content, but it’s certainly not the focus of the convention organisers as a whole. We do our best to make sure there’s something for everyone – for example, Artist Alley has a G-rated room for artists to display their work that is strictly moderated. Like anything else fantasy or science fiction, some con-goers see fit to sexualise it – you can find mature art and toys, but sexual activity itself is kept behind closed doors. Furries like to joke about it, and we’ll often take the furry stereotype and blow it out of proportion for the sake of humour. 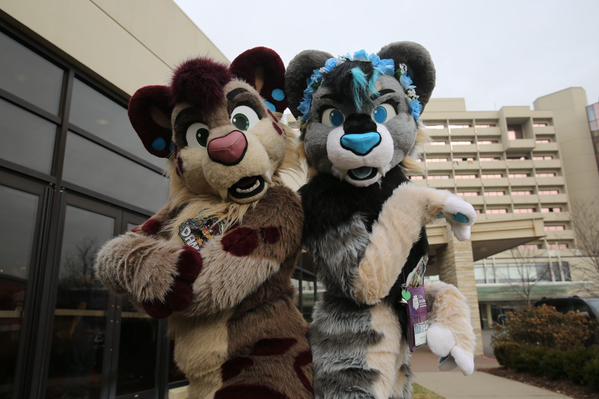 The fursuits seem pretty expensive, are they compulsory or could you go in an animal onesie?

You could think of fursuits like cars. Some people have a ton of money to throw around and will dump a few thousand into a suit professionally made by a company or someone who does it for a living. Some people will seek out local suit makers just getting into it that may not be of that professional caliber, in order to save a few bucks (as I have.) Some even create their own. While there’s something to be said for suits that are very aesthetically pleasing, there’s no minimum requirement for how much you spend on your suit in order to be considered a fursuiter.That said, what constitutes as a fursuit can differ depending who you ask. My definition of a suiter is someone who has covered up all their visible skin in order to portray a character, a costume that appears entirely to belong to that character. So an animal onesie wouldn’t necessarily count. But you’ll still very often see people roaming around the con space in an animal onesie just because.

Dogs and cats seem to be the most popular species of furry, do other types of furry ever get excluded?

There isn’t a species (that I know of) that is excluded just because of species choice. In fact, you’ll find people dressed up as dragons, gryphons and other fantasy creatures. Some furries have even seen fit to create their own species – a “sergal” is a kind of furry shark I believe, which has become quite popular lately. Statistically, though, you’re going to find canines most of all.

How did you get into the whole furry scene?

I used to chat on IRC years back. On a particular channel I frequented, I saw that someone I knew was being teased for being a furry. In an attempt to educate myself (because at that point I was clueless about it) I went searching online for what it was. I was then introduced to FurAffinity, furry art, and the community. I found it absolutely fascinating. Ever since, I’ve been making connections within the fandom, and trying to learn furry from the inside out. 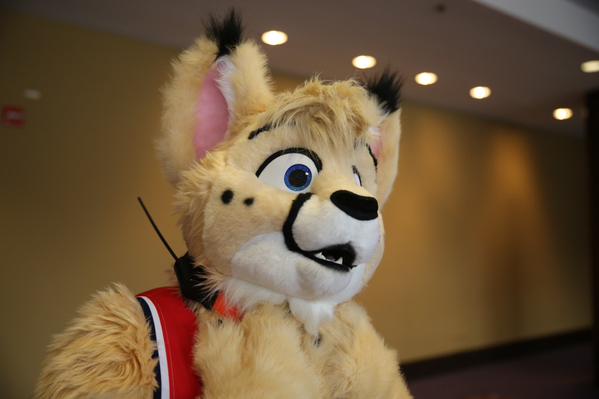 How did you come up with your furry persona?

When I attended MWFF 2012, I didn’t know anyone else who was going to be there. I went in blind to experience what it was for a few hours one Saturday. When roaming around, I found a family member there. We were equally surprised to see each other! She was an artist and volunteered to put together a reference for me so I could commission badges and such to wear around. Badges are great: if you’re in suit, it gives your name without you having to speak it (and it’s hard to hear a suiter because they’re buried in a layer of costume.) If you’re not in suit, it helps others around know what kind of character you are and, additionally, find you if they know you from online.

I had a hard time deciding what I wanted. After a long time in art software, I finally came up with the kinds of markings I wanted, and the reference was made. The whole process, start to finish, took about a year and a half.

Did you ever have to come out as being a furry to your family and friends?

My mother asked “where did you go last weekend” and I told her right there the convention I went to. The fandom helped me build enough confidence in myself that I was able to say “that’s what it was, that’s what I love to do, and that’s what I’m going to continue doing.” I did have to educate her about the fandom to avoid her being overly concerned because all she knew about it was from that one episode of CSI. She had this preconception that it was a huge sex party. I haven’t ever done anything sexual at a convention, and I still find it amusing to this day that someone can get upset because “sex happened somewhere”. 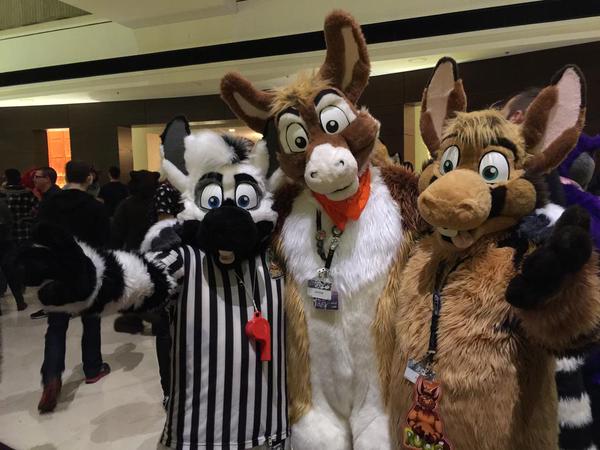 When I was little, I used to ask my older relatives to put a belt round my neck and take me for a walk – do you reckon this means I’m a furry?

Furry is beautiful in that it is voluntary. It’s also quite complex because of how broad furry actually is. To some, it could be “I howl at the moon and pretend I’m a dog sometimes, I’m a furry.” The term that’s often used to describe behaving like an animal like this is “lifestyling”, and those who do it are “lifestylers”. It’s pretty rare you’ll find this within the fandom, but it’s definitely present. I don’t know anyone personally who is, or I’d probably have more to say about it. But if you did like to be walked on a collar, you could be considered a furry lifestyler. Way more commonly, I think you’ll encounter people thinking “I have my very own anthropomorphic or feral character, and I feel they are representative of me somehow, therefore I am furry”. That is probably the most concise way I could describe it. It’s also fair to consider that a number of artists who draw furry art aren’t necessarily furries themselves, and I think the description I wrote still fits well.

Do you have any words of wisdom for anyone who reads this who thinks they might want to be a furry?

If you think you do, dive in and get to know other furries. If it’s not your thing, no problem, it’s not like there’s a membership card or anything. If you turn out to enjoy it, we’d be happy to welcome you to a number of events going on in celebration of the fandom.