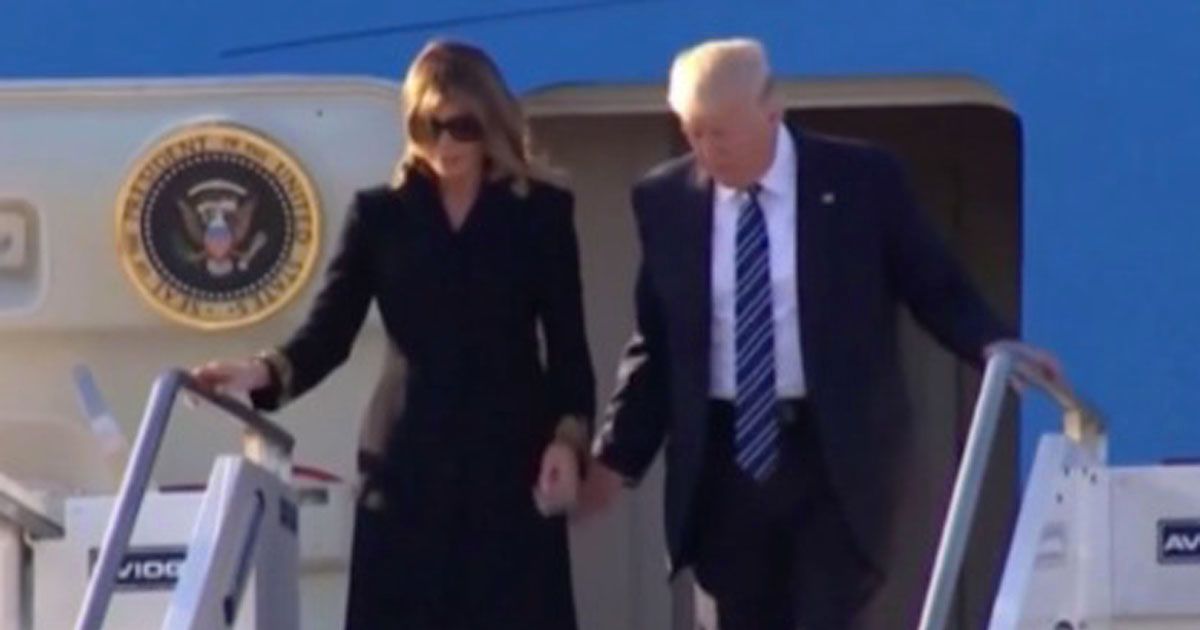 A couple of days ago we brought you some footage of Melania swatting Donald Trump’s hand away when he attempted to grab it, in what can only be seen as embarrassing footage for the President.

Unfortunately for him, it doesn’t look like his wife has got the memo that they’re supposed to present a united front, as she’s done exactly the same thing a couple of days later. This time they were in Rome, not Israel, but the result was the same – Trump reached out to grab Melania’s had but it was swiftly swatted away.

Wow. What the hell must have Donny done to piss off Melania so bad? Well, I can think of a few things – like namely every single thing he’s done since he’s become President Of The United States. Seems like Melania is finally getting up to speed with the rest of the world.

If I was a betting man I’d place one on them getting divorced following the completion of his term as President. Or impeachment, whichever comes first. Can only hope it’s the latter.

For more of the same, check out this gizmo that lets you hold hands with your partner when you’re miles apart. Doubt Melania is gonna need to use that for a while.