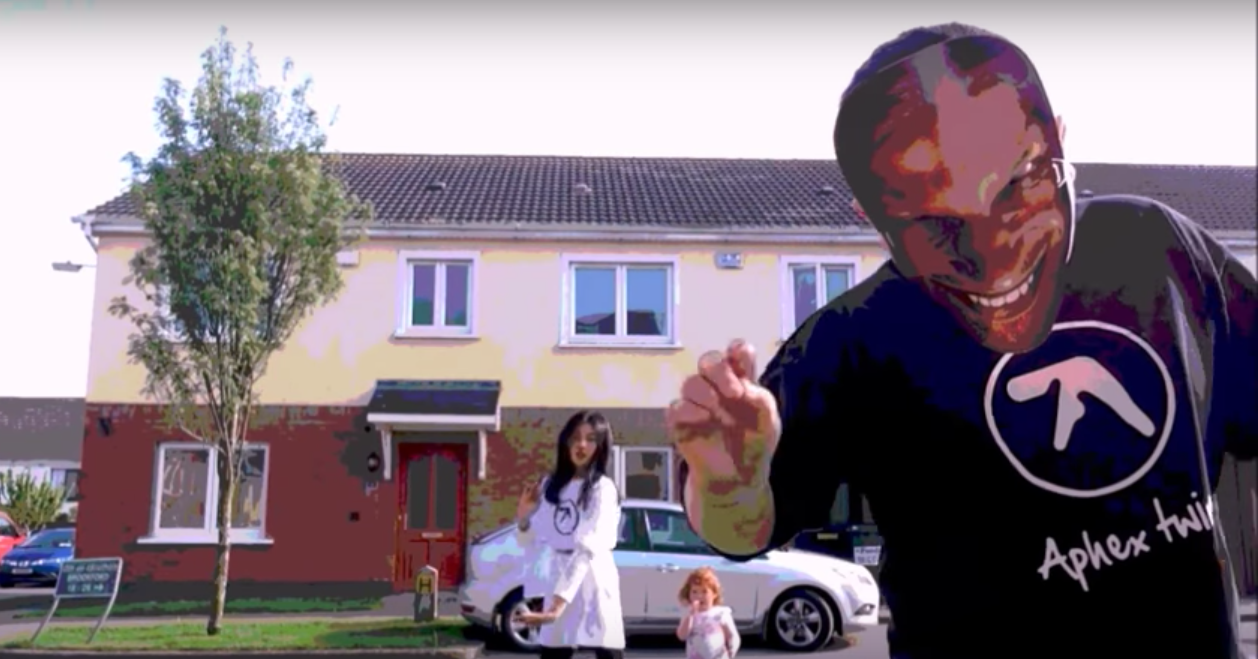 Die hard fans will recognise the director and star of the new Aphex Twin video as the 12-year-old kid Ryan Wyer who has been creating his own fan made films for the past three years. Wyer’s YouTube channel is just like that of anyones his age full of gaming, memes and self made music vids. Instead of the stereotypical Justin Bieber and Disney covers that you’d expect from the youth of today, he’s done uploaded a bunch of clips using music from Aphex Twin, Squarepusher and The Prodigy.

How long do you reckon it’ll be before Kanye West gets one of his fans to direct his next music video? After all, he’s apparently already ripped off Avril 14th. Unsurprising seeing as he’s a complete dickhead.