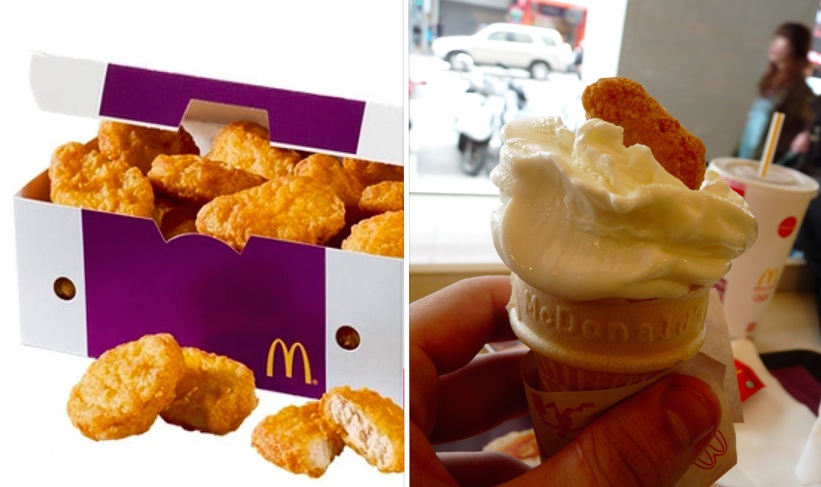 The food hybrid that NO ONE asked for.

Ice cream is great, right? And most of the meat-eaters out there (and veggies too, apparently) can probably agree that McDonald’s chicken nuggets are great too. BUT in no way does that mean the two should ever be mixed – sweet milky vanilla teamed with greasy fried chicken flavours? That’ll be a nope, cheers.

Despite the clear lack of demand for such a dish, this is 2019 we’re talking about and so of course someone’s decided to go ahead with it.

Posting a video of the creation to their Facebook page, XXI Ice (the hand-rolled ice cream company behind the infamous cheese & onion Tato flavour) wrote:

CHICKEN NUGGET ICE CREAM. Tag a friend who would eat this!!

As you’ll see by the footage, the recipe literally consists of three McChicken Nuggets and some cream, all chopped up together into a mush, spread out onto a frozen sheet and scraped into ice cream rolls. And the garnish? More nugs, naturally.

The company based in Dundalk in Ireland claims to create experiences “that you’ll never forget with delicious, creamy ice cream”, and to be fair to them, this is one dish that you’ll definitely never forget. 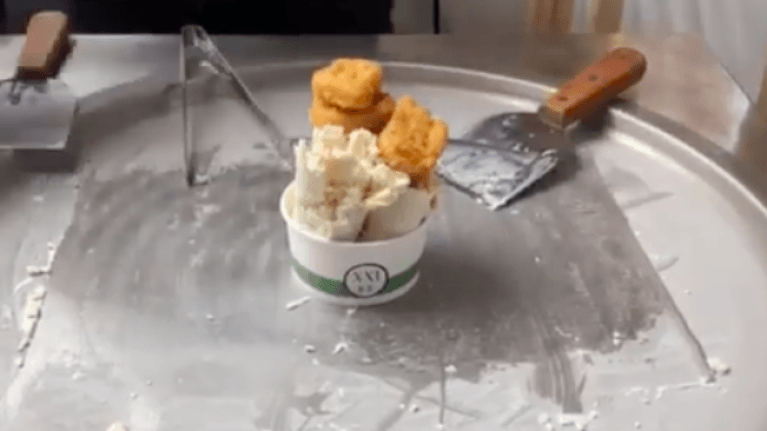 However, you’d be hard pressed describing it as “delicious” – somehow I reckon poultry pudding is one food trend that won’t catch on anytime soon.

Then again, with the likes of candyfloss pizza, lattes served in avocados, and pumpkin-spiced chips, maybe I’ll be eating my words (and this ice cream) in the months to come.