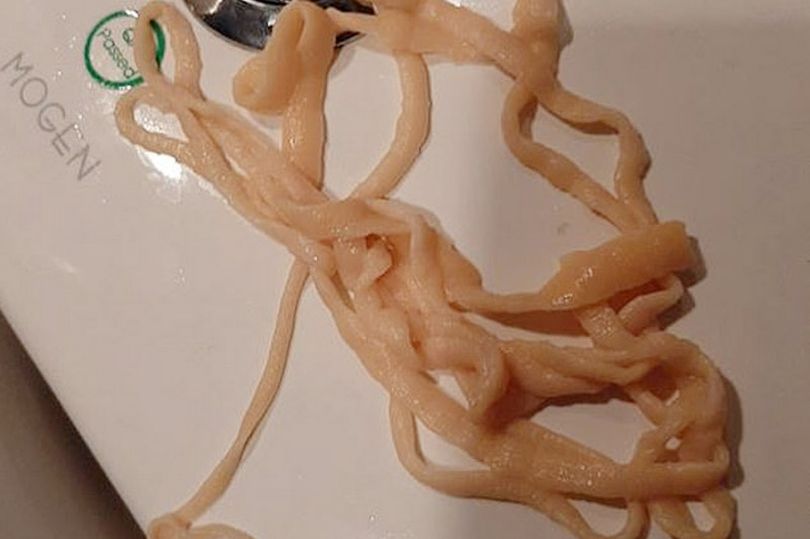 Well, he’s just been well and truly outdone by this man over in Thailand who just pulled a 10 metre (32-foot) tapeworm out of his own anus while sitting on the toilet.

The Mirror included a bunch of horrific pictures of the aftermath and while there’s no picture of the tapeworm completely stretched out, I guess we’re going to have to take his word for it that it was a full 32 foot long. Holy shit: 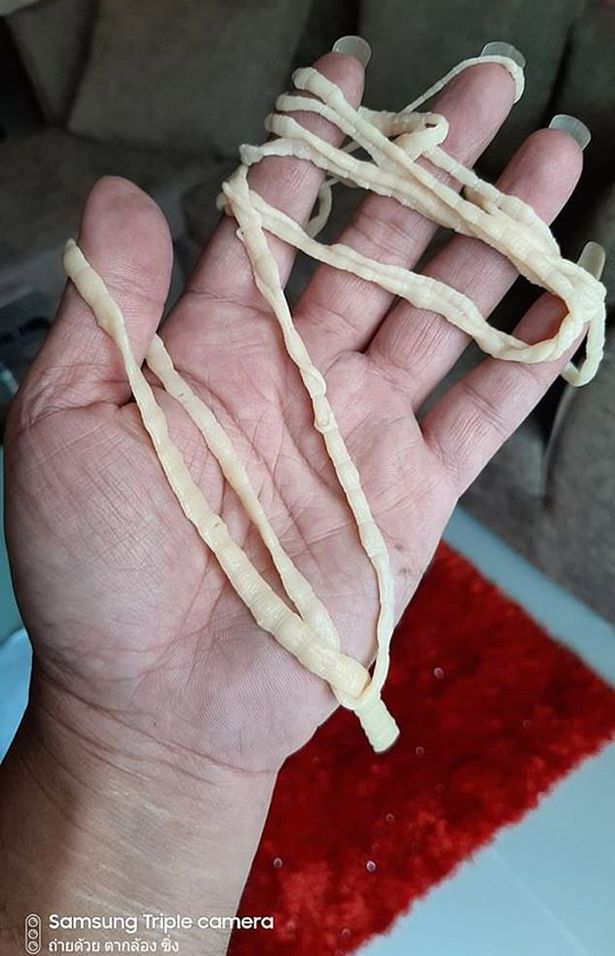 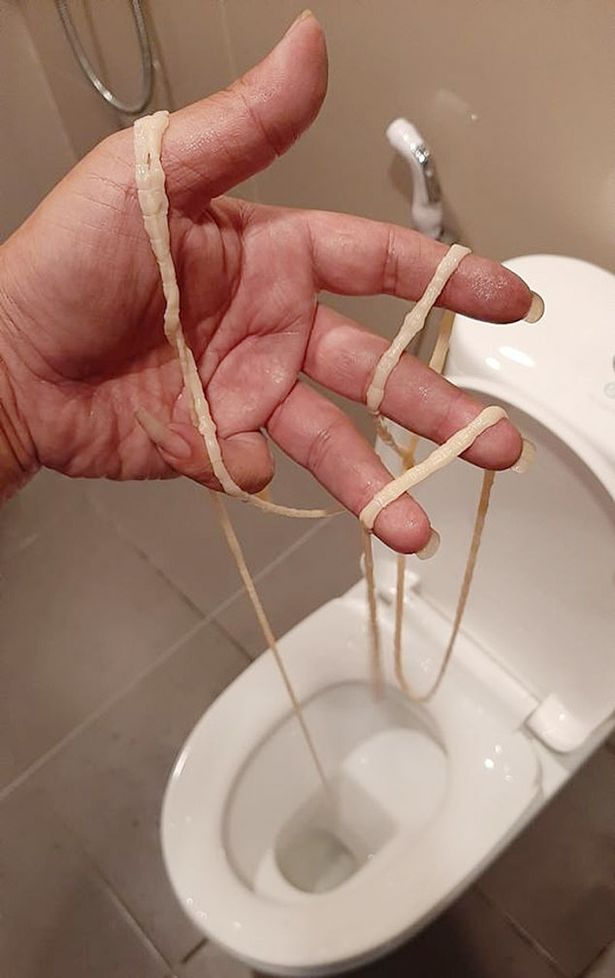 I’m not sure what’s more disgusting – this guy’s fingernails or the tapeworm. Clip those claws for us one time please.

This is the disgusting 32ft-long tapeworm a horrified man pulled out of his backside while using the toilet.

Kritsada Ratprachoom, 44, felt something “sticking out of his bottom” yesterday and soon yanked the live parasite free.

The repulsed father, from Udon Thani in north eastern Thailand, described its texture as sticky and stretchy.

“Turns out there was something sticking out of my bottom,” the freelance photographer said.

Pictures show the long tapeworm wriggled up on the toilet.

Kritsada took the snaps and then flushed the slithering parasite down the loo.

Thirty two feet. Gross. Although like I said looking at the state of the guy’s fingernails maybe it isn’t that much of a surprise that he had a 32-foot tapeworm living inside him. I mean that’s just poor hygiene, isn’t it? The maddest part is he didn’t even realise this thing was living inside him before he pulled it out of his butt hole – he just thought there was one final bit of poop that hadn’t come out.

Personally I don’t know how I’d be able to shit again without having horrific flashbacks if I was this man, but good luck to him.

For the kitchen porter who got impaled up the backside with a broom after the chef’s prank went horrifically wrong, click HERE. There’s no recovering from that.