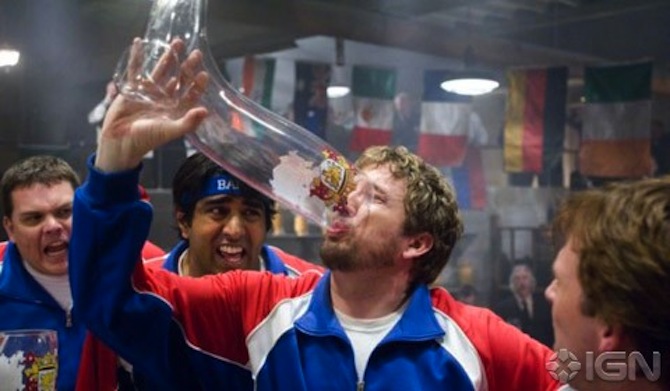 Not content with running from angry bulls in the street, the Spanish are now trying to drink themselves to death.

“I’m fine”, he replied when people asked him how he felt afterwards. “Then he just started to vomit without stopping and he never spoke again”, said a witness.

â˜› Next: The World According To Alcohol Consumption

The drinking contest is part of an annual festival that takes place in the south-eastern region, which makes you wonder whether the Spanish have any festivals that don’t revolve around how close you can come to death. Last week we showed you throngs of people seeing how long they could run through the streets with raging bulls before being gored to smithereens, and now we have people taking part in beer drinking competitions that may as well be called the George Best Death Experience. Might as well start writing about next week’s Russian Roulette festival. Spain might seem like a chill place with chill people but really they all have a death wish over there.

Here’s a drinking competition victim of the future showing you how it’s done: