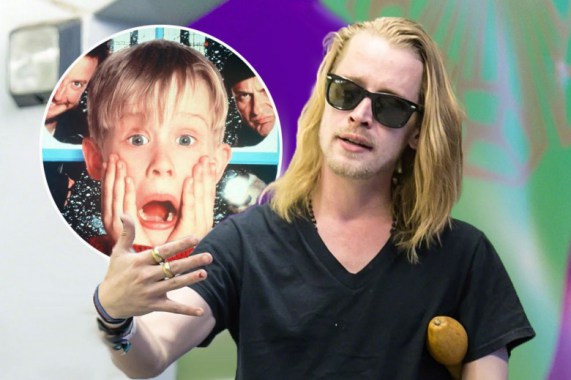 Well, this is weird.

It’s no secret that Macaulay Culkin grew up to become a strange dude, from forming his own pizza-themed Velvet Underground tribute band to simulating weird sex with Har Mar Superstar on stage.

Still, the Home Alone movies remain synonymous with Christmas and there’s really no better film to watch around this time of year for that nostalgia kick.

But while we’ve got some idea what Macaulay himself is up to nowadays, what about the character of Kevin McCallister?

Macaulay just released this ultra weird video which explains it, sort of:

OK then. Looks like Kevin McCallister has sort of fallen on hard times there. I guess it’s fair to imagine that Kevin grew up to become a twisted sociopath who gets off on other torturing dodgy men? Kinda hard to grow out of that when you spent every Christmas as a child doing it. Also like he says it must be tough growing up in a house where you can’t even eat a slice of pizza in peace. Does hooking up with Mila Kunis all those years ago kinda make up for it?

Here’s what the rest of the Home Alone cast are up to now.