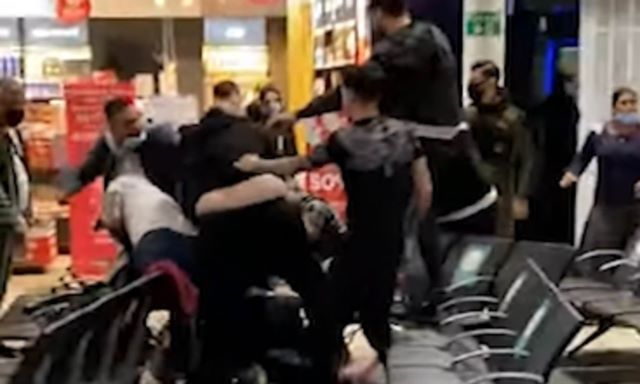 Reckon the warranty on that suitcase is still good?

It was just the other day we blogged about a fight in the departure lounge of Miami Airport and made fun of Americans for being the only country where this sort of thing seems to happen.

Welp, right on queue – a fight broke out at Luton Airport at 8am last Friday that resulted in three passengers being hospitalised and 17 arrested:

Ouch – wonder if the warranty is still good on that suitcase? According to MailOnline, the brawl erupted after a man threw a bottle at another who was insulting a woman he was travelling with. Who the hell has that much rage/energy in them at 8 in the morning?

Seems like this is becoming an international problem in the post-COVID world of travel. Just like the examples we’ve shared from our Yank friends over the pond, it took an age for police/security to turn up, which is never good in an airport setting. On the plus side, 17 people were arrested and put on a no-fly list, which is a lot better than the Americans manage. So we’ve got that going for us at least.