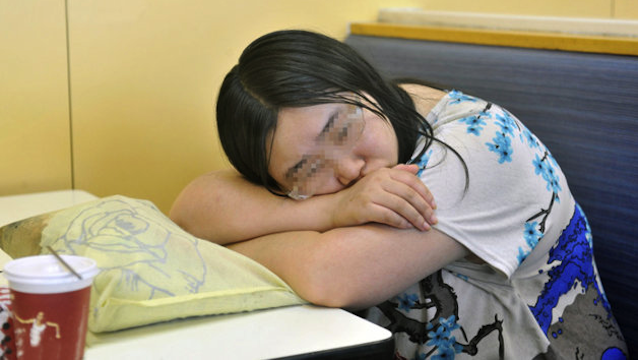 Comfort eating to the power one million.

They say that comfort eating is one way to mend a broken heart, but this Chinese woman is really taking it to the next level. But who can blame her when KFC offers excellent dishes like the nacho stacker, right?

A 26 year old Chinese woman named Tan Shen from the Sichuan Province decided that she was needed some KFC to get over her ex, so stopped in at her local restaurant. She enjoyed it so much though that she ended up staying for a whole week, phoning in sick at her job every day so that she could stay there. That can’t be good for her – or her career – but hey sometimes it’s what you need to get over heartbreak.

Here’s what she said about the ordeal:

I was walking around feeling miserable and decided to stop off at the KFC at the train station. I hadn’t planned on staying there long, I just wanted some chicken wings.

But once I got in there and started eating I decided I needed time to think. I didn’t want to go back to my apartment because it was full of memories of him. So I stayed. 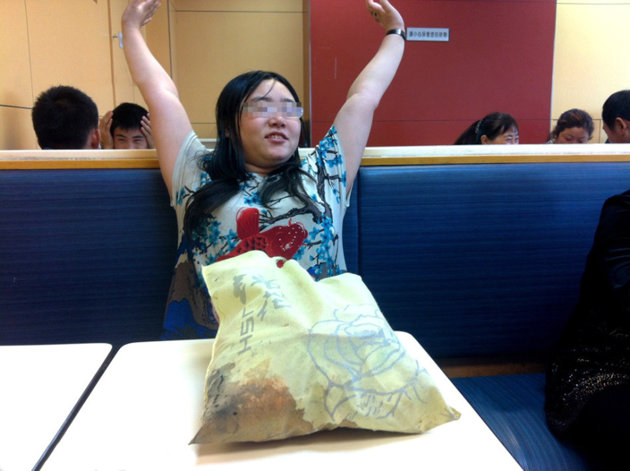 A worker at the store named Jiang Li Lung expanded on the story:

We work in shifts here and the restaurant is open 24 hours a day, so we get a lot of people coming through. At first no one really noticed her.
But after a few days I began thinking she looked really familiar. Then I realised we had been serving her for the past three days and that she hadn’t actually left.

When we asked her if she was ok, she said she was and just needed time to think. And then asked for another box of chicken wings with extra large fries.

We let her stay as she wasn’t doing any harm. She was after all a paying customer, even if a bit of an odd one.

Tan eventually left the restaurant when local media showed up and started filming her and trying to interview her. She quit her job and went back to her parent’s house and you’re probably thinking that she’s been asking her mother to make her some home cooked chicken wings. That isn’t true though as she said she was getting sick of the taste of chicken and wanted a change.

Hopefully she attended something like the Chinese dog meat festival and this helped her get over her broken heart better than a KFC did.