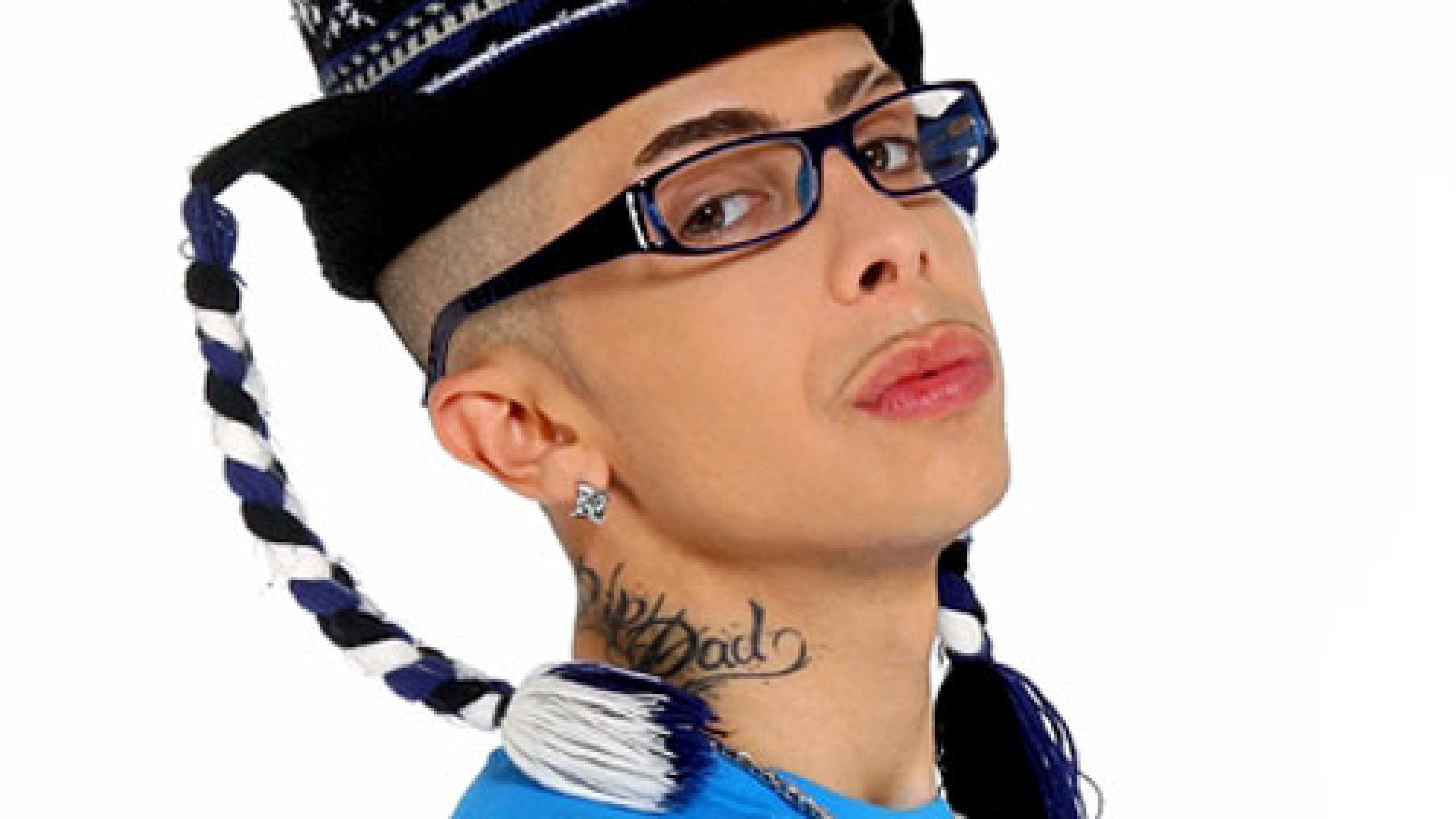 Lovebox have announced the lineup for their 2020 festival in June next year and it doesn’t look half bad, with Tyler The Creator headlining and Disclosure, FKA twigs, Charli XCX, Peggy Gou, Little Simz, Hot Chip, Jorja Smith also on the bill.

One person who isn’t booked to perform is Dappy – so the former N Dubz frontman sent a DM to the Lovebox Twitter account alongside footage of himself on stage, writing:

Book me this time around. Watch how I light up any stage you put me on. 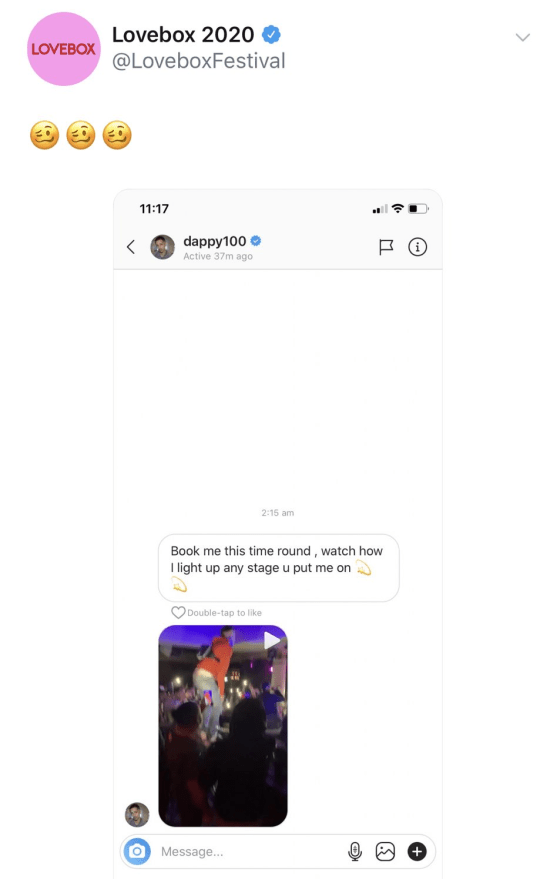 Brutal stuff. Not sure why Lovebox would do Dappy like that because he’s a pretty popular and well-established performer. Maybe it’s got something to do with him dropping N bombs, attacking people with tennis rackets and going on rampages with a butcher’s knife? Then again that would probably be a reason not to mock him. He knows where Lovebox lives – at Gunnersbury park, London from June 12 – June 14.

Put some respect on Dappy pic.twitter.com/fvq8ZP0lOy

That Lovebox Dappy tweet was extremely washed. Great line up this year, but that’s extremely unprofessional.

Dappy DM’d Lovebox asking to be booked and they screenshotted it and posted it with 🥴🥴🥴 emojis. Very rude.

So yeah that Tweet from Lovebox has got to be a bit of a stinger for the number 1 hitmaker but to be fair I can’t really remember the last time Dappy put out a decent tune. He’s written some good stuff over the years though, will give him that:

For the time Dappy showed up to the Big Brother house looking like an utter bell end, click HERE.