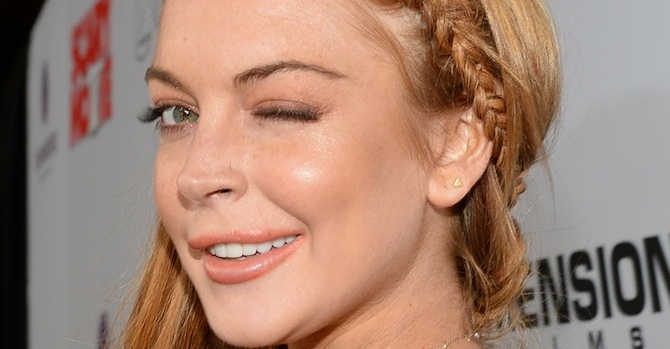 Troubled star Lindsay Lohan actually did something quite commendable last year. Then, predictably, got arrested for it. 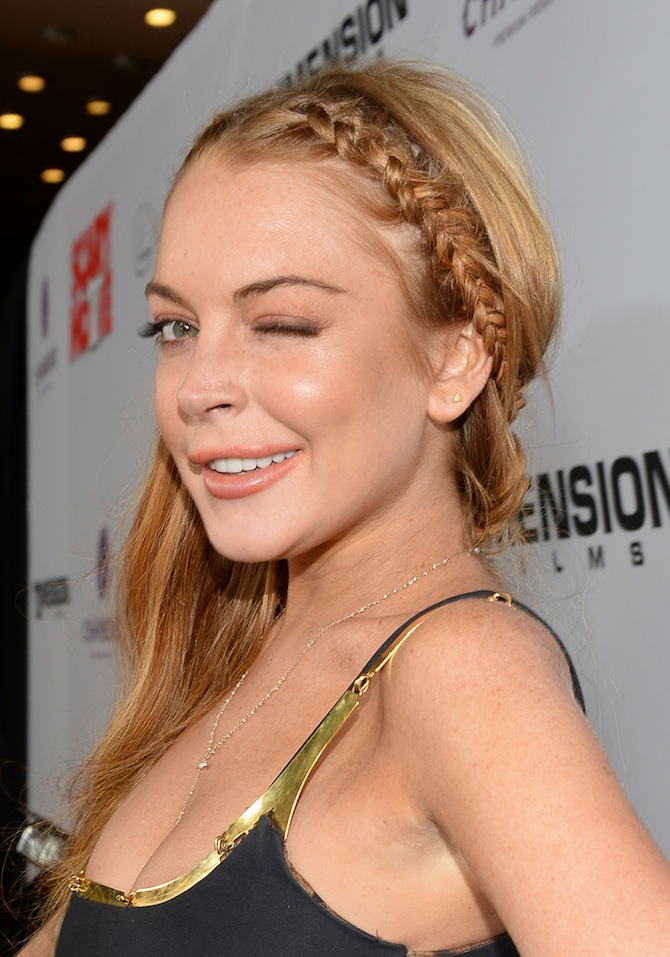 Even the most banal of small talk will generate a response. Talk about the weather, or comment on a nice cup of tea, and sheer politeness will usually garner some sort of response from those nearby.

Then there are the things that are so patently obvious that nobody even bothers to acknowledge them – somewhere in this category, slouched in a drug-addled corner, is Lindsay Lohan.

News that she’s in trouble with the law is as noteworthy these days as the sunrise or an object falling towards the earth when released from a height. Of course Lindsay Lohan has just been arrested, or jailed, or released. She lives in that cycle. It’s like the tides.

It’s understandable, then, that most people didn’t even notice when Lindsay actually got arrested for the best possible reason last year.

Whilst drunk on what “sources” (a tabloid word meaning “maybe actual people, maybe just something we pulled out of our asses”) claim to be two litres of vodka, Lindsay Lohan punched a psychic.

First, the obvious: You’re not much of a psychic if you can’t forsee immediate, painful head trauma.

According to admittedly sensationalist reports, the woman in question accosted Lohan in an attempt to give her a free reading, meaning that not only did this psychic fail to draw The Punched Face from her Tarot deck that morning, she also decided that accosting a notoriously drunk and impulsive person in a bar with her bullshit act was a solid plan with no danger of blowback.

Psychics are, in the words of the great paranormal investigator James Randi, usually deluded and occasionally malicious. The majority of them are slightly crazy people who genuinely think they have supernatural abilities, and a few are outright frauds looking for money.*

Which category alleged assault victim Tiffany Mitchell falls into is unclear, but what can’t be argued is that psychics aren’t doing anybody any good. They prey on grief and confusion, and at best can be said to provide false hope to the vulnerable and unthinking. At worst, they do things like telling people their live, abducted children are dead.

Tiffany Mitchell didn’t get time to do anything like that – having approached Lohan, she was rebuffed, and whilst leaving with her friend heard Lohan mutter “fucking gypsy.” At this point, Mitchell’s friend hilariously tried to insult Lohan by referencing her critically panned Elizabeth Taylor biopic “Liz & Dick,” telling Lohan that “Liz & Dick sucked!”

The fact that nobody giggled at the phrase “dick sucked” proves that people in Hollywood have no sense of humour.

Whilst violence is seldom the answer to anything, it’s quite hard to avoid a certain satisfaction when hearing that someone punched a psychic – whilst “drunk Hollywood starlet” isn’t the most noble of professions, it’s infinitely preferrable to taking the pension money from old ladies just to tell them that their husband is happy and living on a cloud with the cat. Anyone who earns a living that way probably deserves to be punched, if not tarred, feathered and run out of town on a rail.

So somewhere, lost in all this, Lohan must have a publicist.

Actually, that’s unlikely at this point. Nobody could possibly have the job of “making Lindsay Lohan look good to the public” without having a nervous breakdown or turning to drink – which would presumably be readily available.

â˜› More Celeb Meltdowns: Amanda Bynes’ Racist Tweets To Rhianna: Is She About To Completely Lose The Plot?

Still, Hollywood is rife with people willing to do literally anything, regardless of dignity, to stay in showbusiness. Charlie Sheen’s personal assistant famously used to count “handing out morning after pills” among his daily duties. With that in mind, maybe Lindsay Lohan still has a publicist, and, whilst the workload must be crushing, whoever that publicist is has really dropped the ball on this one.

For the first time in what feels like forever, Lindsay Lohan has made headlines in a way that is actually semi-likeable. Drunken assault, granted, but at least the drunken assault of someone unpleasant.

Sadly, Lohan’s near constant stream of arrests and legal troubles mean that this one snuck under most peoples’ radar.

Lindsay Lohan is a deeply troubled person and should probably leave her entire life behind for something a little less false and drug fueled. She doesn’t seem to be an evil person (again, she’s not taking money off of grieving relatives in exchange for platitudes) but she’s clearly lost and damaged, and it would be a shame to see her come to serious harm.

But no matter how stupid or childish her antics, or how low she sinks, at least we can all be quietly impressed that she managed to give some charlatan chancer a belt in the teeth on her way down.

*Some of our readers may at this point be saying “But wait, psychic’s are real! My auntie’s sister’s daughter’s room-mate did a ouija board once and it told her she’d end up living with me and she did!”
Well, bollocks, it’s a coincidence.