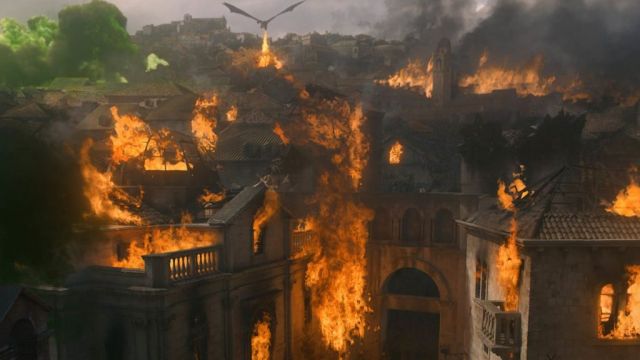 A lot of people seem to have been disappointed with the penultimate episode of Game of Thrones, at least from a storyline perspective, but I don’t think anyone can disagree that the episode itself was a visual masterpiece.

In the episode, Daenerys’s last remaining dragon completely burns King’s Landing to the ground in an awesome display that I’d reckon made full use of the show’s $15million+ budget for each episode.

We now have a behind-the-scenes HBO video that explains exactly how they managed to achieve the spectacular visual effects of the carnage as well as preserving the historic Croatian city of Dubrovnik, where King’s Landing scenes were originally filmed. They just rebuilt the whole thing in Northern Ireland – ‘easy’:

The typical filming set for Kings Landing is in Dubrovnik, Croatia and they didn’t want it destroyed. pic.twitter.com/ghC3ViunTi

I mean the work that’s gone into that is some award-winning stuff, surely. Makes the petition that’s going around about the final season of Game of Thrones seem pretty dumb and petulant really.

There’s an even deeper look into the production of the episode here:

Ahead of the final episode this weekend, get a load of this fan theory that predicts time travel will play a major role in the show’s conclusion. That… would be different.