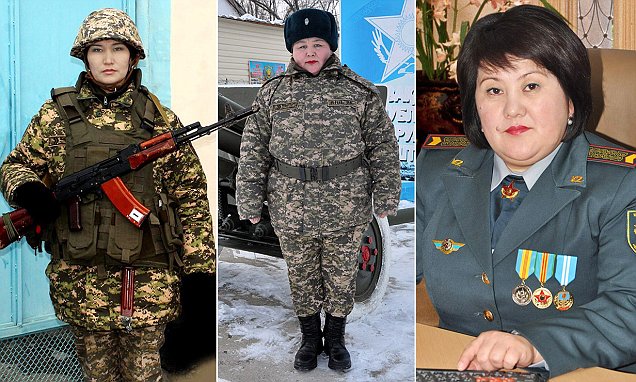 There’s a lot going on in Kazakhstan at the moment. It’s become a hotbed for the stranger side of the news. Recently there was that odd footage of a guy frozen like a zombie statue in a shopping centre and the week after we found the footage of a huge black ring of smoke floating in Kazakh skies.

I don’t know why all of this strange stuff is coming out into the open now, but I like it. Kazakhstan is the largest land locked country in the world, so it’s no surprise there’s a lot of weird stuff going on, but for some reason it’s all appearing in the news now.

This week’s odd Kazakh story is about a strange move by the Kazakh Ministry of Defence. In a bid to entice more young males to join the military they set up a beauty competition. The MOD released the photos of 123 of their best looking female soldiers. It was an open competition and people from Kazakhstan and further afield, like Mongolia and Russia could vote on their favourites.

Since the photos went up at the start of May they’ve had 30,000 views and the good people of Kazakhstan got stuck in to the voting. Military officials also hope that this competition will help improve the image of Kazakhstan after it was unceremoniously lambasted by a certain popular comedy movie:

I think this is a very good idea. After the world was introduced to Borat, people have the impression that everyone here lives on a farm and sleeps with donkeys.

These photos show that Kazakh women are as beautiful as any others. I have voted for all of them… The winner will receive a cash prize and have the knowledge of knowing she is the most beautiful woman soldier in Kazakhstan. And hopefully, she’ll have the pleasure of knowing she attracted hundreds of young men to join up.

Now, I’m not about to wade in with my personal favourites, it’s too difficult to call. In the end the Kazakhstan MOD couldn’t choose either. They picked 12 winners in total. Fair play. 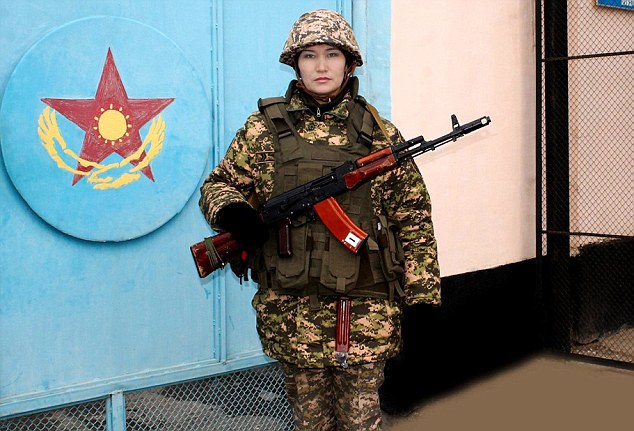