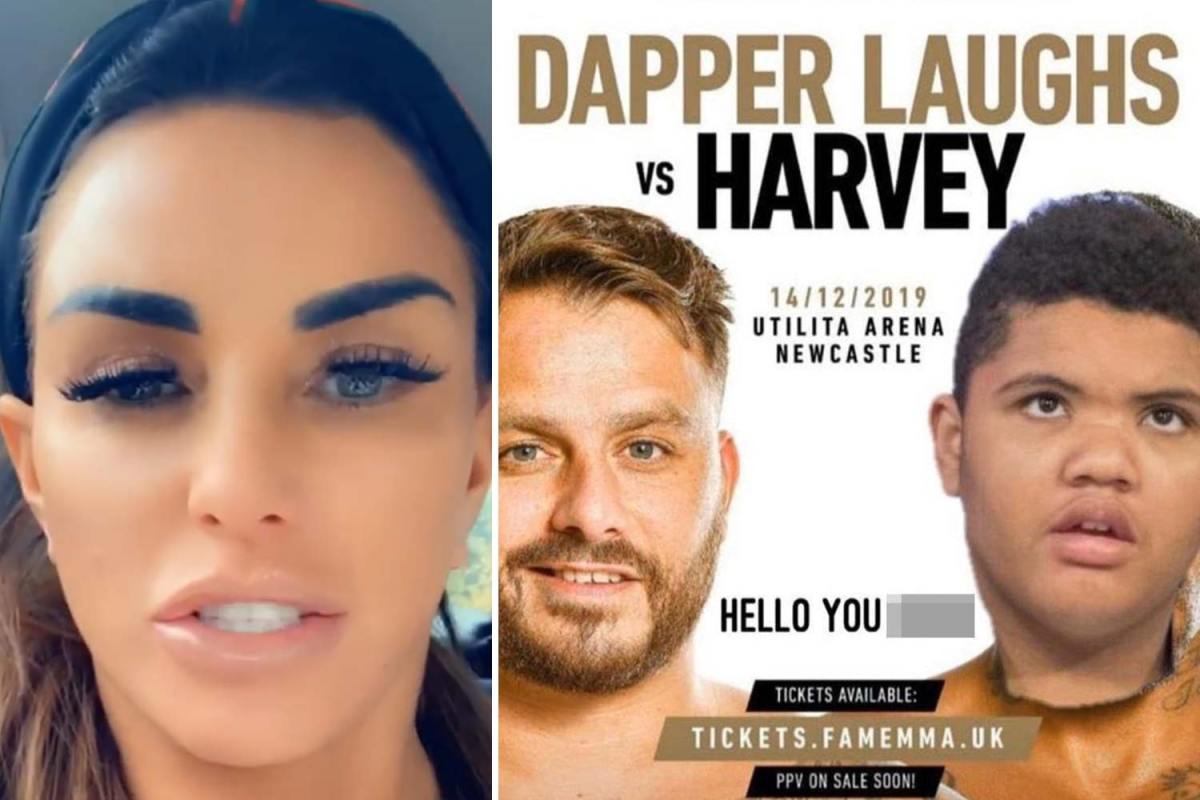 Katie Price had a few stern words for Dapper Laughs after he ‘allowed’ his buddy to make a meme poking fun at the Page 3 legend’s disabled son Harvey.

As it happens, Dappers Laughs is fighting MC Harvey of So Solid Crew fame in an MMA match in Newcastle next month, and Dapper’s friend James Fox thought it would be funny to replace MC Harvey for Harvey Price in the poster: 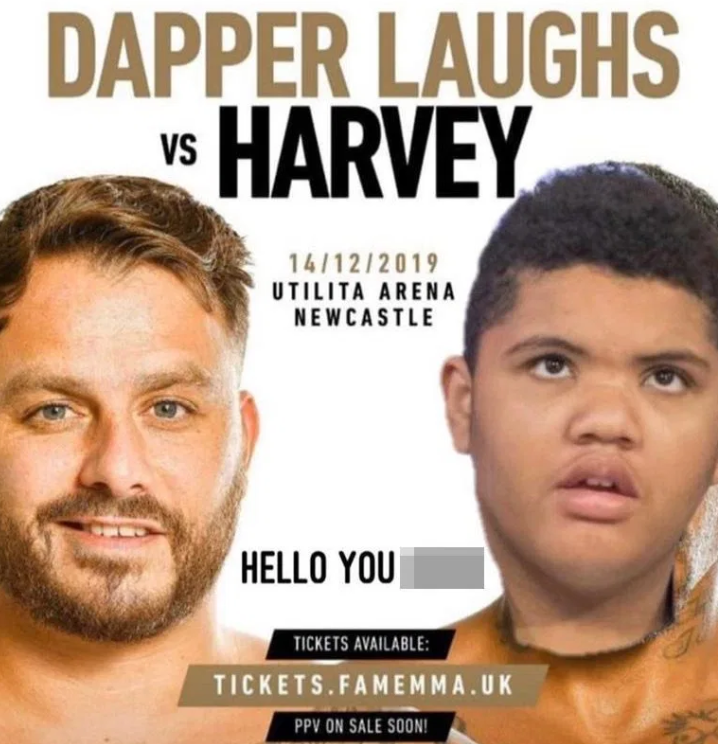 Even got Harvey’s classic ‘hello you cunts’ line in there too.

Well Katie got wind of the meme and posted the following onto Instagram:

It’s about time I name and shame – this one will shock you.

This guy’s got a lot of celebrity friends and he obviously wants to be famous himself. So I’m going to give you your five minutes of fame.

[Dapper] has let his good friend support and help promote this event and actually letting him post it.

She then posted her own meme of Harvey sparring with her boyfriend Kris Boyson while wearing a Photoshopped Dapper Laughs T-shirt: 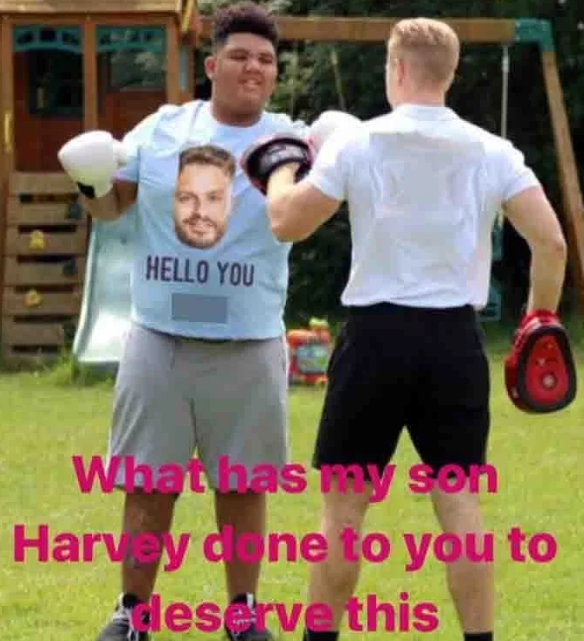 Dapper Laughs tried to make peace – saying he had told his friend to take the post down:

I’ve got a message for Katie Price.

I’ve just seen your Instagram story and I’ve seen a meme on there of the fight I’m having with Harvey and someone’s changed it and put your son in it.

F**king mad. I know the person, they’re obviously having a dig at me and they thought it was funny. I’ve just contacted them and told them to take it down.

“But anyone else that’s making memes about that, don’t associate me. I don’t find it funny. Don’t involve me in that s***. But it’s gone.

For sure the last thing Dapper Laughs wants after his ‘gagging for a rape‘ joke in 2014 almost completely wrecked his career is for people to think he’s making fun of a disabled kid. Pretty idiotic move by his mate for a number of reasons, but I don’t blame Katie Price for going scorched earth on whoever she thinks is involved considering this happens way too often.

Remember the ‘Jihadi Harvey‘ meme from earlier this year? Now that was out of order.