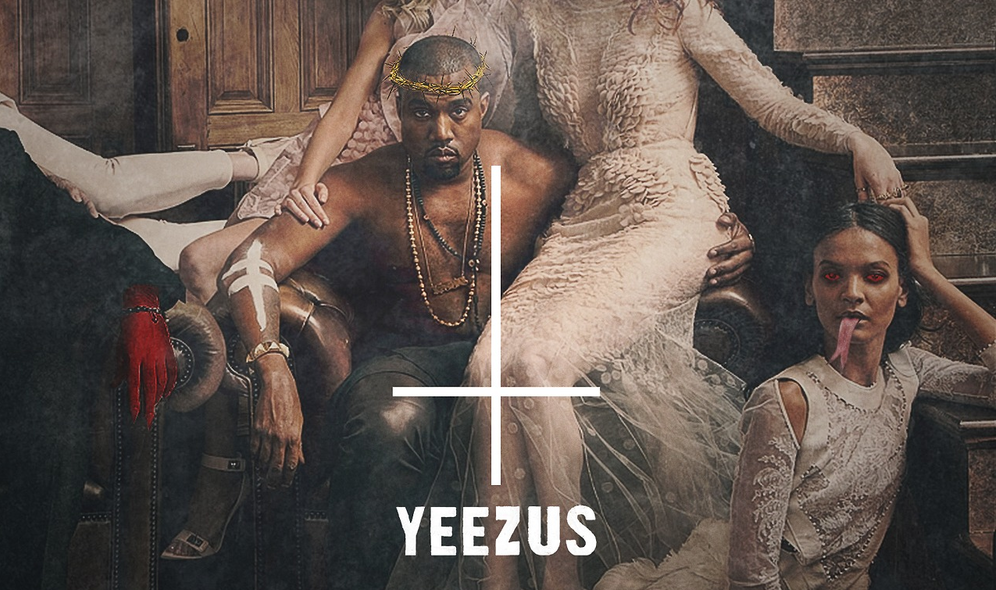 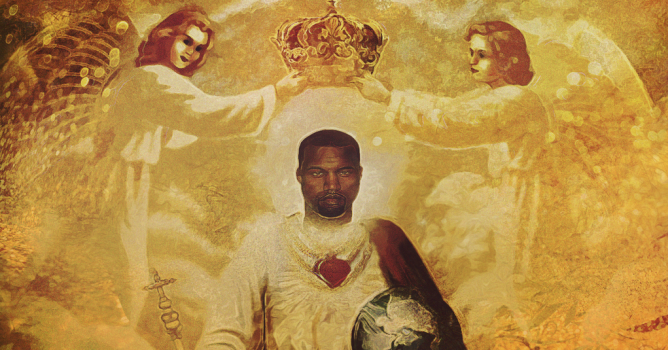 It’s been awful easy to forget that Kanye West is actually a musician, lately. I mean, what with the whole hubbub about him and Kim naming their daughter North, as in North West — geddit? It hasn’t helped that a lot of people have been focussing on shit like that (READ MY ARTICLE ON THE NORTH WEST DEBACLE IN WHICH I ALSO POKE FUN AT OTHER BABY NAMES, BECAUSE I’M A BIG MAN!), and the fact that with Kanye it’s just so easy to forget he’s not just a shock inducing mouthpiece with a messiah complex; he’s also pals with Jay-Z, married to Kim Kardashian and Kenny West in The Cleveland Show.

No, in all fairness, when he feels like it he also runs a record label and has released some brilliant rap albums, some not so. Anyway, he recently released Yeezus. Now, this isn’t a review, I’m still digesting it myself, but in some people’s eyes it’s one of the albums of the year already, and other people’s eyes it’s one of the worst albums of the year (and some say Kanye’s worst). It’s Ye experimenting further with his new wave influences and getting the autotune back out but getting heavier and diving into an almost industrial territory. Have a listen to the album yourself.

So yeah, given the new wave and industrial influences on display here, and the fact the album’s called Yeezus, it was only a matter of time until someone got some Depeche Mode in the mix for a mash-up with their track Personal Jesus; it also really helps that Black Skinhead has already got a goth-glam vibe going with its beat’s similarity to The Beautiful People by Marilyn Manson. First off the mark to get that mash-up realised was Dan Chamberlain (aka Chambaland). He’s done a bunch of other mash-ups already that, by a rule of thumb, are generally all pretty sick — which you can you check out and download from his tumblr.

Someone’s ripped it and put it on YouTube, so have a listen below; but ignore the fucking dumbass photos they’ve compiled to slideshow through the whole song. As for Yeezus, I’m digesting still, but I think I’m enjoying my meal. A few questionable ingredients aside.

Kanye West Releases His Own Version Of ‘American Psycho’

Kanye West Walks Into Street Sign, Throws Tantrum At Paps, We Laugh At Him