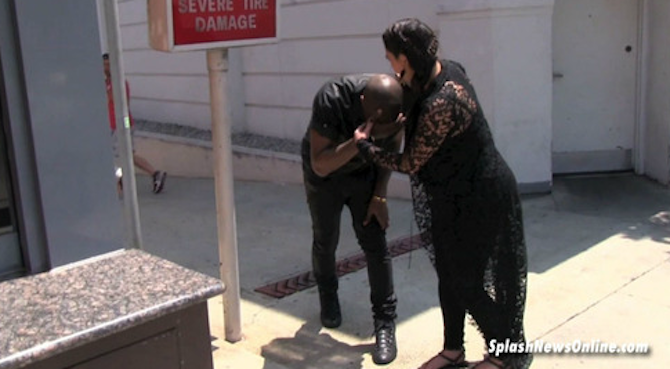 If ever there was a celebrity we’d like to see walk into a street sign, it’s Kanye West. Here he is bashing his head and going nuts on the paparazzi afterwards.

Kanye West & Kim K have a swarm of paparazzi following them wherever they go, but it’s okay – they’re used to it. All they have to do is keep their heads down, keep moving and eventually all the clicks and flashes go away. The most important thing is obviously not to do anything stupid while the cameras are around, like walking face first into a lamppost or street sign – which is what happened to Kanye the other day. 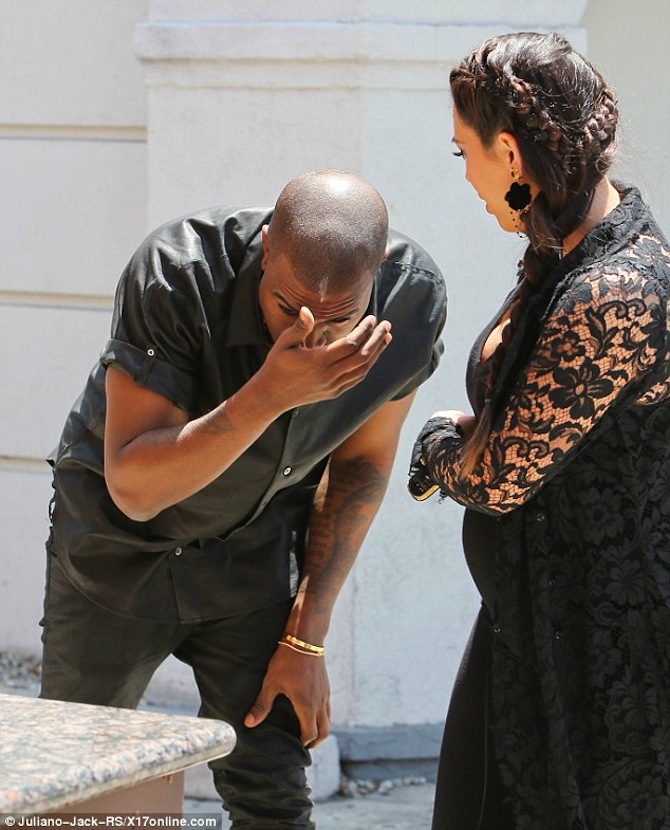 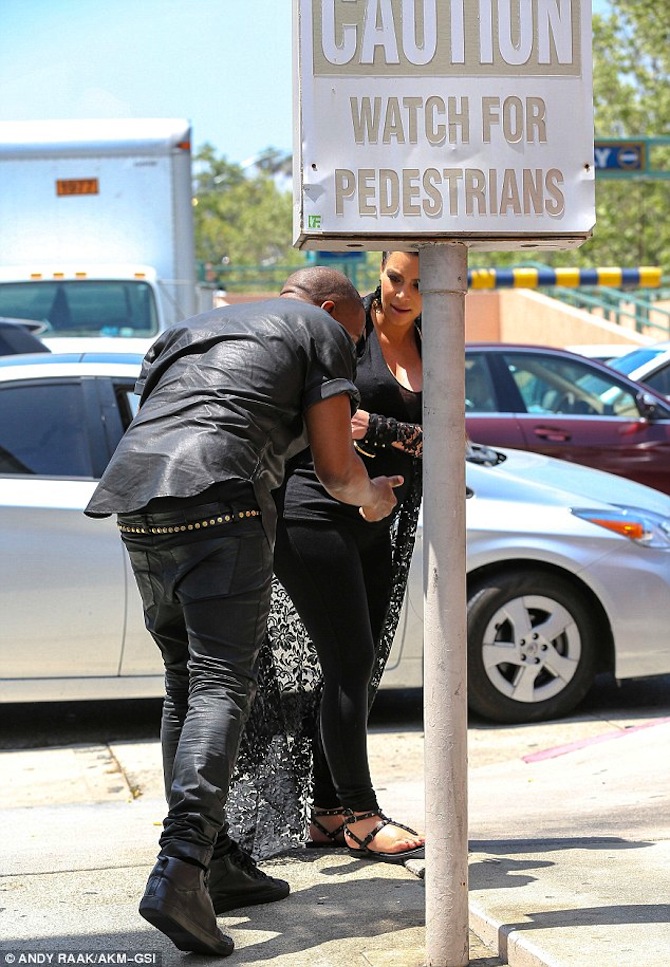 Not one to take responsibility for his own lack of awareness, sensitive Kanye loses it and yells “stop taking fucking pictures, man!”, but obviously the damage has already been done – Kanye’s boo boo has been snapped for the world to see, and he’s about to make the situation a little bit worse.

He accompanies his super pregnant baby momma into the restaurant before turning back for another pop at the paps: “Don’t take no photos! Stop it! All you motherfuckas stop it!” 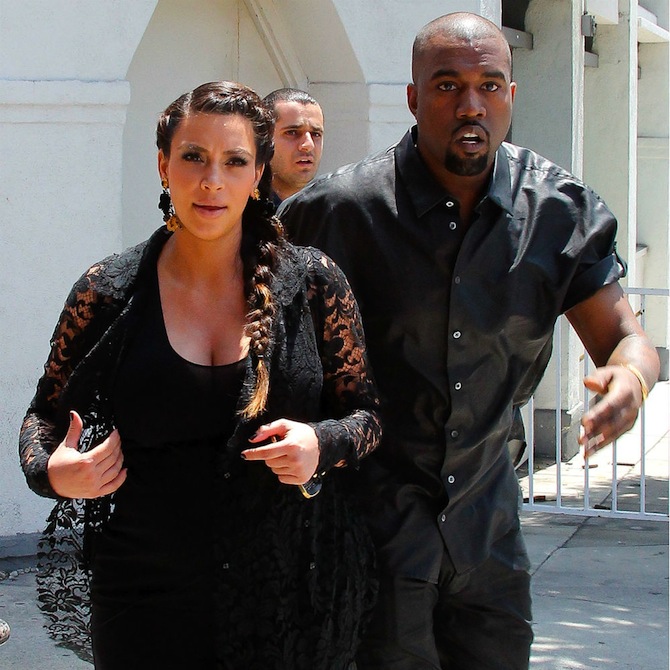 We don’t mean to laugh at the misfortunes of others but if there was ever anyone that it’s okay to giggle at for walking into a street sign, it’s Kanye West. He seems alright though, just grazed his pride a little bit.

Kanye West & Kim Kardashian – A Love Story For The Ages

Keep your head up Kanye… literally: