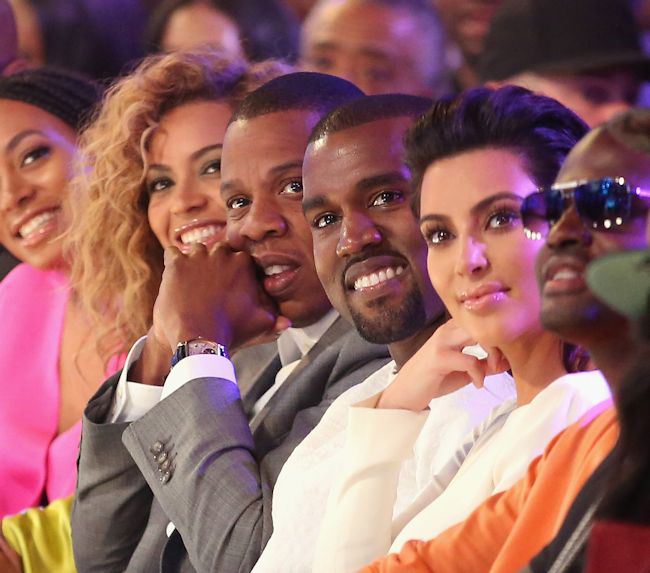 History has shown us that nobody loves Beyonce more than Kanye West — not even her husband Jay-Z or her own family. But when asked about Beyonce’s relationship with his wife Kim Kardashian during an interview with The Breakfast Club last week, Kanye said something completely crazy, even by his standards:

They love each other, they respect each other. When Beyonce’s working on her album, she has pictures of Kim on the wall because Kim represents powerful women. Kim plays ‘7/11â€² for our daughter. They definitely respect each other, but maybe there’s a Lebron James-Kobe [Bryant] element to it, but I can’t say that.

Naturally, Twitter was quick with the jokes. Here are the best ones:

If a building was falling and Beyonce and Kim were bout to get crushed I bet Kanye would save Beyonce lmaooooooo, or himself

That fact that Kanye had the nerve to say BEYONCE is inspired by Kim ? And has a picture of kim hanging in her stuido pic.twitter.com/xSX4zyI02E

Beyoncé is inspired by Kim? Does Beyoncé even know who Kim is? Like? She didn't even go to y'all wedding and went to T Swift bday party..

Truth is … A Kardashian can't inspire me to do anything other than some ho shit.

Beyoncé: "and then I told him Kim inspires me in the studio" pic.twitter.com/NA7a13rSVz

Beyoncé would have a picture of Kim Possible in her studio before Kim Kardashian.

Though maybe not as dumb as when he compared wearing skinny jeans to the Civil Rights Movement.