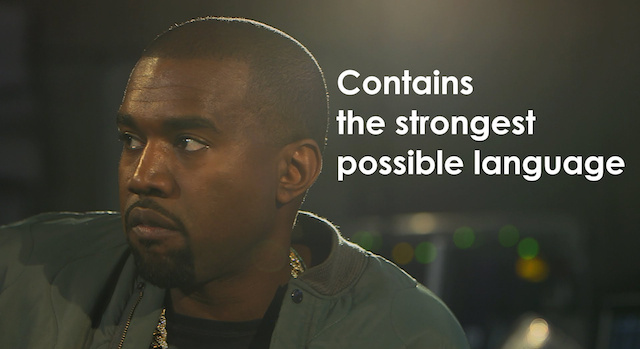 Kanye West has long been famed for embarking on rants that make literally no sense during his interviews, but Zane Lowe really let him run with this one.

Yesterday Kanye West got interviewed by everyone’s favourite chump Zane Lowe (seriously how the hell does he still have a job in the music industry? Surely anyone can suck off celebrities and act completely in awe of them in every interview they ever conduct?) for Radio 1 and as is usually the case with Yeezus he managed to come out with some choice lines that were completely and utterly ridiculous.

As you already probably guessed, instead of actually challenging him on any of these outrageous statements, Zane Lowe just sat back and agreed with him in his stupid voice, occasionally offering a comment such as ‘Bravo, dude’ or ‘well you’ve done that with Yeezus.’ This was in reply to Kanye West stating that ‘I’m here to crack the pavement and make new grounds. Sonically and society, culturally.’ Yeah, he actually says that and yeah Zane Lowe actually agrees with him that he’s managed to achieve this with Yeezus. I don’t know how he works that out, or how anyone could even hope to work that out, but yeah that’s what happens in this interview. 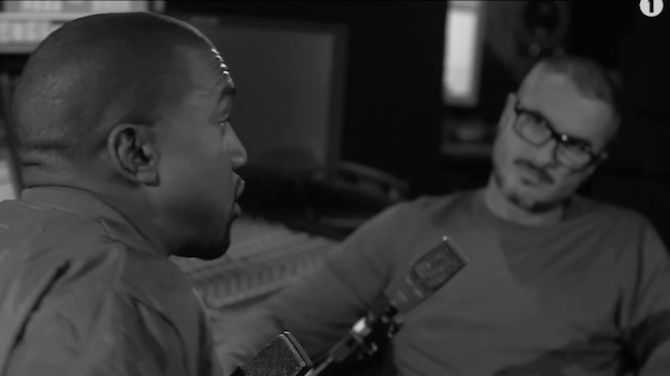 This is actually a 4 part (!) interview but right now only part one is available for your consumption on the internet. I’m sure the other three parts will be out shortly and if you can sit through them after this then you’re a better man than me. This interview literally defies all logic and is basically Kanye West saying a bunch of sentences that don’t really make any sense at all and Zane Lowe agreeing with him or occasionally throwing in a stock phrase that only serves to heighten Kanye’s ego even more and give the appearance that he can’t wait until the interview is over so he can go backstage and blow him.

This part of the interview is 15 minutes long and you’re more than welcome to watch it below, but in case you can’t face that either than I can talk you through some of the main points of it below. Undeniably, the best part of the interview has to be where he compares getting made fun of for wearing skinny jeans to the civil rights movement in what can only really be described as a sociological masterstroke. 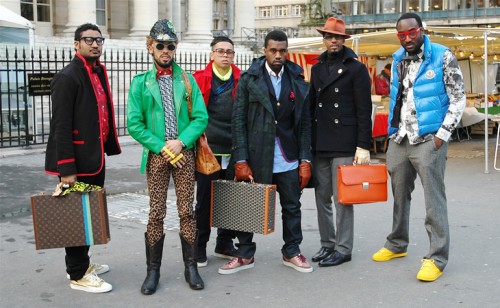 Apparently this is the South Park photograph he’s talking about. Nope, I got no idea what he’s talking about there or why he compared the civil rights movement to wearing skinny jeans. You think that Zane Lowe might perhaps question him on this as it’s probably one of the most bizarre and completely off the grid analogy ever made but no, instead he just says ‘everyone knows you brought back real rap’ which is about as useful as if he wasn’t even there.

There’s also a part where Kanye says he wants to sell products and clothes, and also get involved with architecture and water bottle design. All of that seems fairly legit except for the water bottle design part?! I mean who actively wants to get involved in something as boring as that? And to what purpose would he want to even get into that? So he can start selling water for $120 a pop too because it’s in some stupidly designed bottle? I mean of course that’s the reason but it’s still a completely weird subject matter for him to want to get into right?

If you don’t want to watch it all though, at least watch the last two or three minutes. It seems like Kanye West must be on coke at this point because he’s sweating and yelling a lot and going on a massive rant that doesn’t even really relate to the question that Zane even asked him. Although to be fair that’s not really that different from the rest of the interview. It’s just great that the interview ends with Kanye West shouting ‘We the real rock stars and I’m the biggest of all of them’ multiple times and then just staring at Zane Lowe like some tweaker.

It really is weird but then what have we come to expect from the dude over the years?