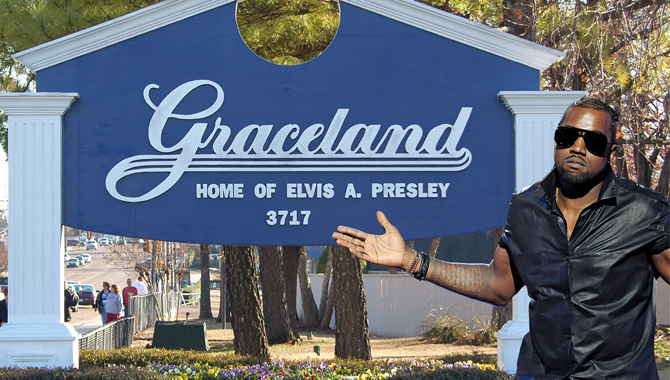 Graceland is soon to be on the market and Kanye West wants to buy.

As if Kanye West wasn’t in the headlines enough recently (for all the wrong reasons) it has now emerged the king of cray is considering purchasing THE king, Elvis Presley’s iconic Graceland home. Kanye has voiced interest in purchasing the residence for his wife-to-be Kim Kardashian and little baby North West to shack up in during parts of the year. Why? Because it’s Kanye West, the same man that can sell a white shirt for $120, walk into a signpost, call his baby after a direction and still get a number one album.

All that being said this doesn’t mean the end for Graceland, the house isn’t officially on the market yet and this is all Chinese whispers until it’s actually bought, probably. A source close to Graceland says that if purchased the house will still be available to view to the public, so none of you Elvis die hards get in your zone about this. The Elvis Presley Enterprise was reportedly looking for $200 million for a deal that would include merchandise and tour operations in May. This doesn’t include the actual house which is still owned by Elvis’s daughter, Lisa Presley, so Kanye may have to let her finish before any of this actually happens. 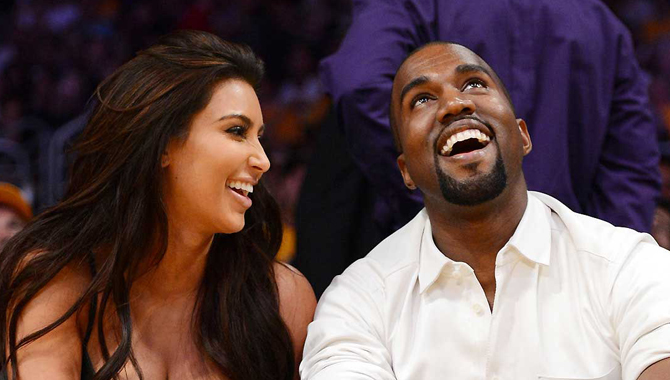