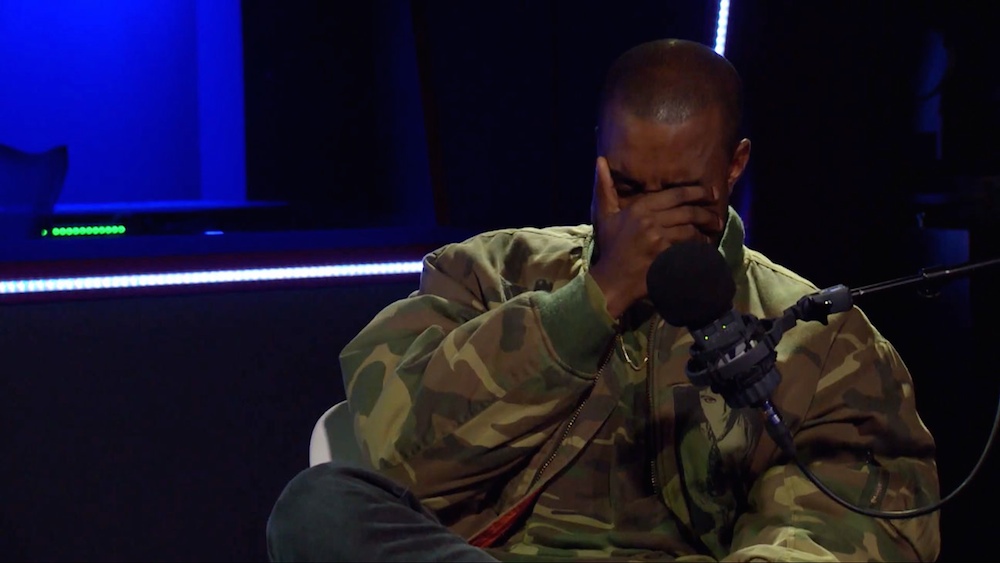 A whole different side to Yeezus that we’ve never seen before.

Fresh from jumping on a table at Nando’s and nearly inciting a riot, Kanye West dropped in at the BBC yesterday to have a chat with Zane Lowe for the first time since their infamous 2013 interview, in which he compared wearing skinny jeans to the civil rights movement and acted like a complete maniac throughout.

This wasn’t your typical interview with Yeezus though. Sure, there’s a lot of him running his mouth as usual, but he also seems a lot more humble and understanding to the plight of the average human during it and at one point even breaks down crying.

This is in regards to his recent fashion line for Adidas being overtly expensive and how he’s working on bringing the price down so everyone can afford it. He even uses the phrase ‘nothing should be exclusive’ to describe this, which seems to be in stark contrast with the whole Kanye West brand to be honest.

Kanye breaks down in tears when he’s discussing the death of his mentor in the fashion business Louise Wilson who he describes as ‘the greatest fashion instructor of all time’:

We had dinner at Hakkasan, which is my favourite restaurant in London.

And I think she knew that she was going to pass, and she just wanted to give me some words of advice moving forward, and she was asking me about my daughter, asked me about my wife…

And she said, you know, ‘So many students, they don’t give it their all, and the problem is, soon as they do anything halfway good when they’re two-years-old, three-years-old, their parents clap.

He then covers his eyes and starts crying before Zane cuts to go to a break. On the return, Kanye remarks that that has never happened to him before and the interview continues. Maybe he has a heart after all, who knew?

You can watch the section where he cries below, or the whole 45 minute interview below that: