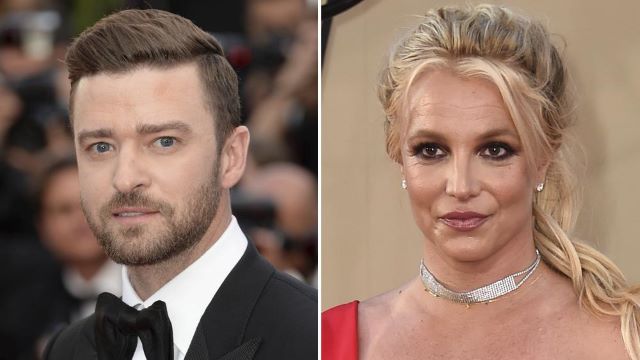 What a stand up guy.

It’s been a hell of a week for Britney Spears after she finally spoke out in court about the nightmare living conditions she’d endured living under her dad’s ‘conservatorship’, and how that meant her father has been controlling her career, finances, love life and even her body all these years.

Well considering all the grief Britney received dating Justin Timberlake all those years back, it’s nice to see him offering his support at this time…

After what we saw today, we should all be supporting Britney at this time.

Regardless of our past, good and bad, and no matter how long ago it was… what’s happening to her is just not right.

No woman should ever be restricted from making decisions about her own body.

No one should EVER be held against their will… or ever have to ask permission to access everything they’ve worked so hard for.

Jess and I send our love, and our absolute support to Britney during this time. We hope the courts, and her family make this right and let her live however she wants to live.

Well, well, well. What a stand up guy eh? The recent Britney documentary made it very clear that ending her relationship with Justin Timberlake was used against her in the media, making her look like some kind of crazy slag who was cheating on and corrupting him. Meanwhile, Justin went from strength to strength. He became one of the most fawned after celebrities in Hollywood and banged any girl he wanted.

A few Tweeters let him know it…

you are literally one of the reasons this entire thing even started but okay bro try to make yourself seem like a good guy if that makes you feel better about yourself.

you are literally one of the reasons this entire thing even started but okay bro try to make yourself seem like a good guy if that makes you feel better about yourself.

Took you this long to say the right thing? Waiters, bartenders, hotel staff, film staff, dancers, singers, & tour crew have horror stories about the way you treat people and think you’re above them.
Maybe try rehabbing your own kindness. Britney’s got an army. You can sit down.

The fact that it took you this long to say anything when britney literally made your career? Performance activism at its finest.

shuddup ur like one of the main reasons britney is in this position in her life.. finally found ur voice at 40?? why didn’t u keep this same energy with janet after super bowl

She was a special part of your adolescence, given this, quit the tweeting for ‘keeping up appearances’ purposes & start helping her. That’s what mates do. I sit here in Australia, a normal civilian, don’t know her, & all I want to do is get on a plane!

Well either way, nice to see JT finally saying something in support of Britney Spears. Compared to her, he’s had an easy ride. Let’s hope Britney finally having the guts to speak up leads to all the changes she would like to make in her life. Go Britney Go!

For the clip that resurfaced earlier which seems to confirm Britney Spears was being forced on stage while mentally/physically unfit, click HERE.