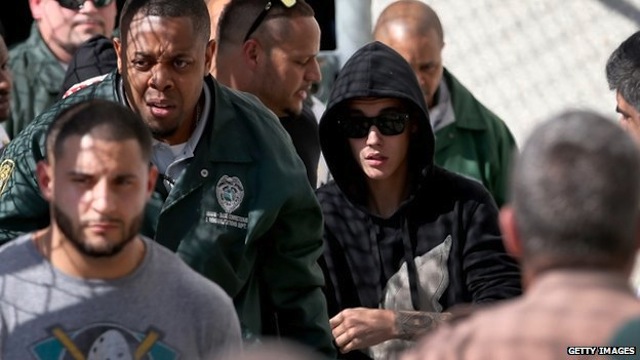 The bad boy of rock n roll strikes again – this time Bieber has turned himself in to Toronto police after beating up his limo driver.

Still not convinced that Justin Bieber is the true bad boy of rock and roll? Let’s take a look at the evidence – drag racing Lambos in residential areas, egging his neighbours’ houses, getting deported, banging prostitutes in Brazil, doing tons of coke and codeine, and now beating up limo drivers. You name it — the Biebs is doing it. No days off for the realest, most dangerous rock star around.

The incident in question happened in Toronto last month where Bieber and his mates were picked up by the limo driver outside a nightclub, then somehow “an altercation occurred between one of the passengers and the driver of the limousine”, according to a police statement.

“In the course of the altercation, a man struck the limousine driver on the back of the head several times. The driver stopped the limousine, exited the vehicle and called police. The man who struck him left the scene before police arrived.”

Bieber yesterday turned himself in to Toronto police and was charged with one count of assault, and is now scheduled for court on 10th March (to add to his upcoming February court date for the drag racing incident).

You just know the limo driver was totally bricking it when Bieber got up in his face. Thank goodness he’s going to be alright. But the question remains – who will feel the wrath of Justin Bieber next? Let’s hope someone can stop him before it’s too late.

â˜› Read Next: Justin Bieber Meets Fans While Stoned Off His Face 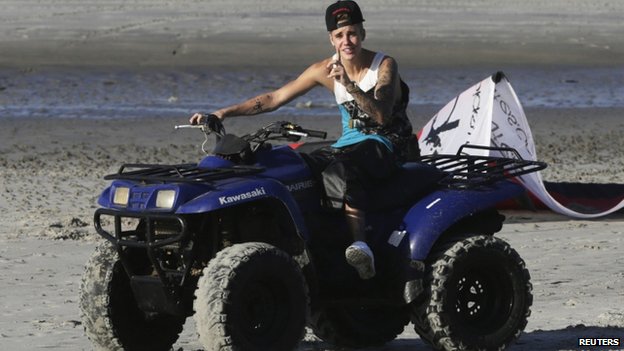