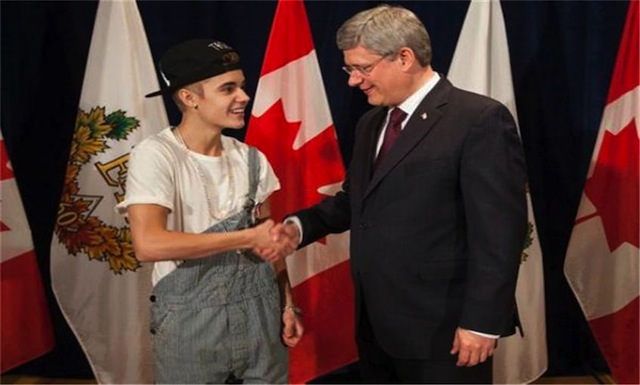 In just under 3 days, 30,000 Americans have signed a petition on the White Houseâ€™s â€˜We The Peopleâ€™ page asking for Justin Bieber to be deported back to Canada.

In just under 3 days, 30,000 Americans have signed a petition on the White House’s ‘We The People’ page asking for Justin Bieber to be deported back to Canada, as they feel his recent indiscretions are largely misrepresenting their country.

“We would like to see the dangerous, reckless, destructive and drug abusing, Justin Bieber deported and his green card revoked. He is not only threatening the safety of our people but he is also a terrible influence on our nation’s youth. We the people would like to remove Justin Bieber from our society.”

This obviously comes after Bieber’s latest brush with the police, drag-racing in a residential street in Florida while apparently high and drunk.

So is there a chance in hell of Bieber actually being deported?

Unlikely — according to US immigration law you can only really be considered for deportation if you’ve been convicted of a violent crime or sentenced to more than one year in prison. Let’s not rule out the possibility of Bieber going ape shit on someone one day though.

After all, the kid’s tough as nails: