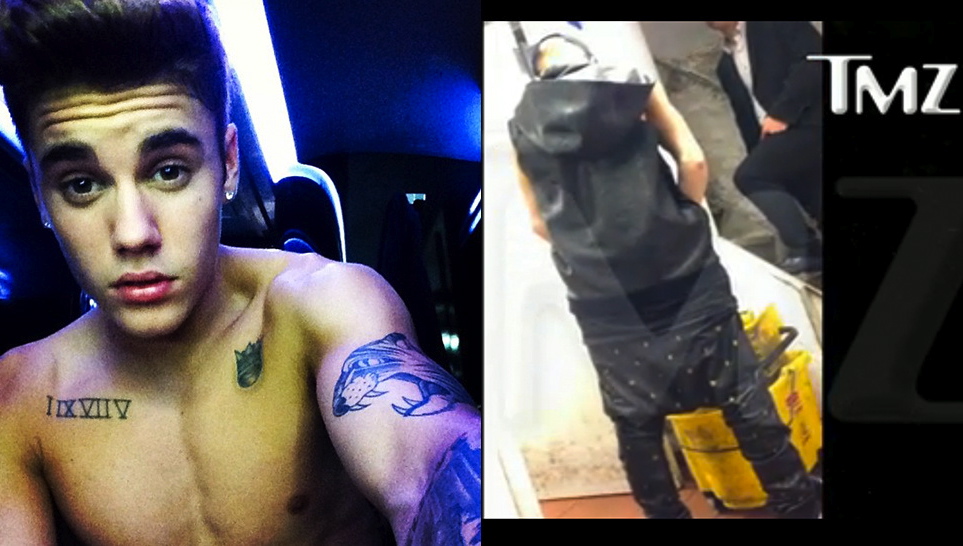 Could Bieber get any more retarded? Yes, he could, because he’s taken a leak in restaurant mop bucket, but the reason for his antics may have been uncovered.

Justin Bieber is back in the public eye after a video has emerged of him pissing in a restaurant mop bucket and then shouting “Fuck Bill Clinton”, as he sprays a picture of him with surface cleaner. Now let’s a take a moment to soak in that last sentence.

Yes, it’s true, the complete fuckwit that is Justin Bieber has gone and done another ridiculous and unbelievably stupid thing that he knows will get him publicity. After this last ‘CRAZY’ antic of his, I’m beginning to suspect that he’s taken the saying, “any press is good press”, too literally and now it seems that he will do anything he can to promote his new ‘bad-boy’ style and the fact that his voice has dropped and he’s grown his first few pubes.

But if I’m honest, I can’t blame him… I too would probably try to break away from the image of singing to girls in bowling alleys with a voice high enough to make Mickey Mouse sound like Patrick Warburton, but I don’t think I would go about it in the same way he does. This video actually makes me tense up in frustration, as I watch the cockiness ooze from him and the first thought in my mind is, “Who does this little fuck think he is?”

The fact that he thinks he can just piss in the bucket – which some poor guy will later have to use and might not even realise that there’s piss inside of – sickens me and is the definition of shitting on the little guy. But then the second thought in my mind is, “Why is the bald guy on the stairs just staring at Bieber’s dick?!”

That’s right, he’s just taking it in, and JB’s completely oblivious. It’s really weird shit all around to be honest, and I don’t get the Bill Clinton thing or why they keep shouting “Wild Boyz!”so much, but I’m guessing it’s their extremely unmanly posse. Apparently he was kicked out of the bar that night too after the police were called about him drinking underage, which is even more fun for him and probably makes him look like even more of a badass in his own stupid head. 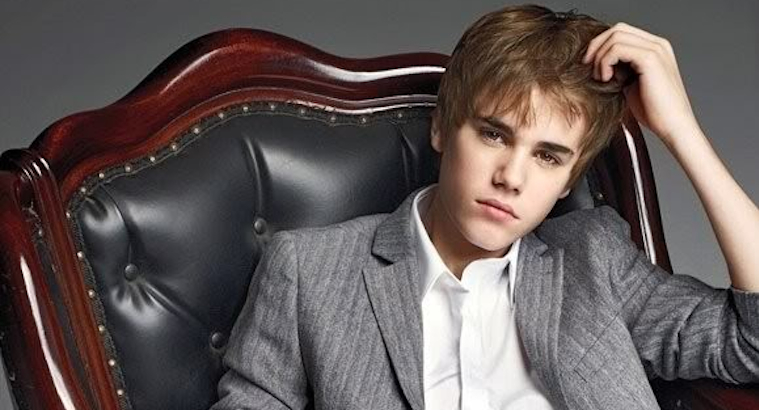 This isn’t the first time Bieber’s been in the news for doing stupid shit, in fact he seems to be getting into trouble on a regular basis, whether it’s claiming Anne Frank would have been a Belieber, attacking paparazzi or threatening his neighbours, he’s not been portrayed in the best light recently, but I think I’ve finally cracked it. I believe that I have worked out why Justin Bieber is constantly acting like a retarded, aggressive, obnoxious twat: he’s got small man syndrome.

Otherwise known as Napoleon Complex, small man syndrome is where males lacking in height will seek out power and a general hard man image in order to compensate for their small stature. Now of course not every guy who’s short will have this issue, but it fits Bieber perfectly. His little 5′ 7″ body mixed with his money and his pussy image leads to the ideal example of someone with small man syndrome.

Justin Bieber’s Tourbus Was Raided By Some Dogsbody Swedish Cop And He Was Caught With Weed And A Stun Gun. Why The Stun Gun!?

Justin Bieber Is A Stoner