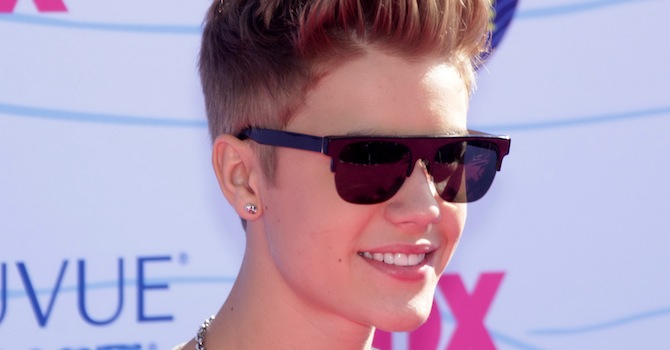 For those looking for definitive proof that Justin Bieber is an assclown, we might just have found what you’re looking for. 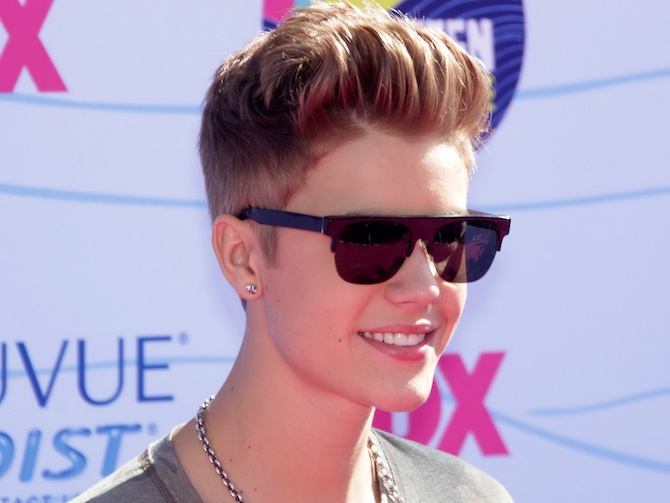 A hard part of getting older is that youth culture begins to seem alien and baffling.

Like most people over the age of eighteen, I’ve long suspected that I didn’t like Justin Bieber, but couldn’t exactly tell you why. I don’t buy his records, or whatever the kids are using these days – are records still a thing? Maybe it’s tapes. I don’t buy his tapes.

Either way, I found myself instinctively disliking him for reasons that weren’t clear. Maybe I was old and jealous and out of touch. Maybe it was that he looked freakishly like Kim Darby in “True Grit.”*

Or maybe, just maybe, the rest of the older generation and I have more experience at spotting a wanker than the youth of today.

After ambitiously confronting a paparazzo recently, some people decided that maybe ol’ Biebs wasn’t so bad after all. Then he took to allegedly spitting at his neighbours and turning up whenever he felt like it for gigs – on a school night, no less – and generally showing all the signs of the inevitable breakdown that all child stars begin circling as soon as they taste success.

A lot of which could possibly be chalked up to circumstance and stress and biased reporting, but this week he gave us the smoking gun of his own assholery when visiting the Anne Frank museum in Amsterdam.

His message in the visitors’ book? “Anne was a great girl. Hopefully she would have been a belieber.” 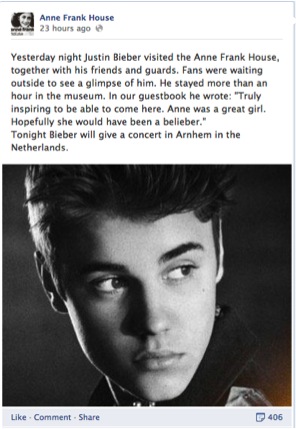 Personally, I like to think Anne Frank had bigger things on her mind during her life than pop music. Things like “cowering in terror” and “trying not to be abducted and murdered with the rest of her people.”

Still, maybe it’s asking a lot to expect tact or thoughtfulness from someone who wrote a song called “Baby,” containing the line “Baby… baby… baby.”