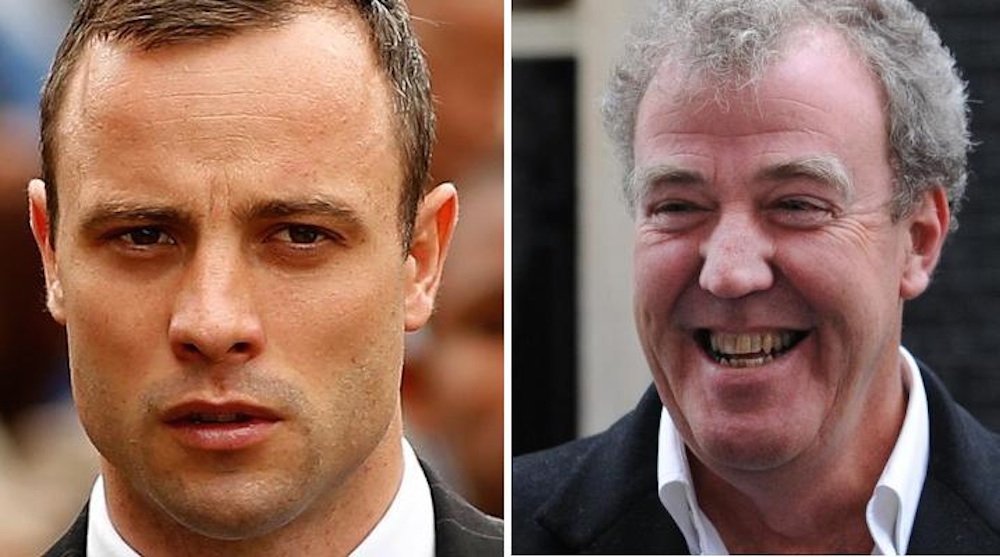 Even though they’re reportedly close to signing a deal with Netflix to bring a Top Gear style show to the channel, that hasn’t stopped Clarkson, Hammond and May from being their typically un PC selves over on their current tour of South Africa, which is running as they’re still required to fulfil all the commitments that were made before Clarkson was sacked.

During the show, Clarkson aimed a paintball gun at somebody in the audience and then ‘accidentally’ shot her. Obviously May and Hammond are fairly shocked at this to which Clarkson replies in his typical deadpan manner ‘I thought she was a robber’, to which May counters ‘was she in the bathroom?’ in a thinly veiled jab at Oscar Pistorius shooting his wife through the bathroom door because he thought she was a robber.

To be honest they probably could have made that joke anywhere in the world and everyone would have got it – I felt kind of stupid even typing out the explanation up there – but you would think it might be a bit more touchy over there in South Africa. It’s not really the boys’ style to tone it down though so you should expect this of them really.

Fortunately it seems like most of the audience were down with it as they’re all chuckling away, but it could have a been another PR nightmare for Clarkson and the gang if the joke had had the wrong reaction. However, it would never be as bad as the worst Facebook brand meltdown ever.