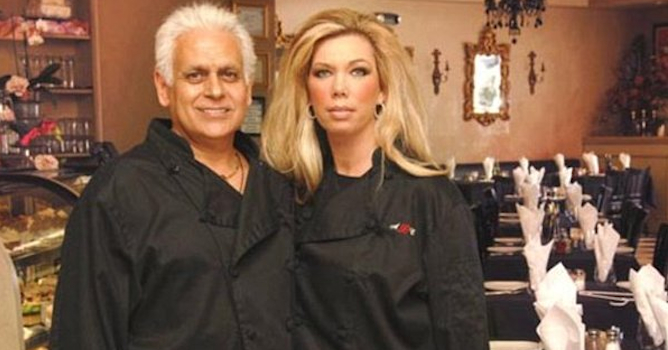 This is the reason why idiots and people who don’t understand social media should never be allowed on Facebook.

Wow, this is seriously awesome and probably one of the best examples of why old people who don’t understand how to use social media should never ever be allowed near a Facebook or Twitter account. Basically, the background to this is that there were this couple who were on Ramsey’s Kitchen Nightmares USA last week in the States, and they were actually too hard to work with so Gordon Ramsey just ditched them. Wow. I’ve never seen an episode where that happens, and I’ve seen a fair few because that show always seems to be on, no matter what time it is or what day of the week it is.

Their names are Samy and Amy Bouzaglo (Samy has definitely done OK for himself huh? Or is it because he gave Amy a million dollars to invest in her restaurant hmmm?) and they run a restaurant called Amy’s Baking Company Bakery Boutique and Bistro – a name which they probably thought was kinda cute with all that alliteration but actually just comes across as being annoying and hard to say – in Scottsdale Arizona. You can see a clip from the episode below:

Ok so that didn’t actually happen, but you get the picture that they’re both complete whack jobs who can’t really get along with anyone. I mean Ramsey had never walked out on anyone before so that tells you just how awful they must have been – basically unable to take criticism, keep the tips that their servers get and often end up shouting at customers who complain. Cool.

Check it out on the next page. It gets better and better as their page gets featured on Reddit and they try and take Redditors on. Good idea guys – anyone with a brain knows that you don’t mess with Redditors because they spend their whole lives trolling people on the internet. There is no way you are gonna win that one. Still, they tried and stuff just got worse and worse.

The last update is one of the best ever. I’ll let you find that yourself. It’s also awesome that because of their meltdowns they’ve now got 70,000 more likes on Facebook. Nothing like a good meltdown huh? If you want to like the page as well check it out HERE.

Quentin Tarantino Has A Meltdown When Interviewed By Krishnan Guru-Murthy