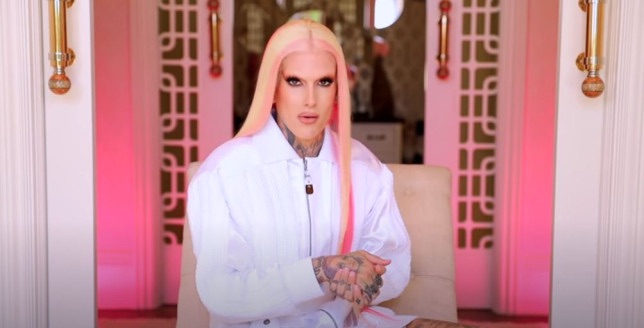 He’s checking out to Wyoming.

Jeffree Starr has been in the news quite a lot over the last couple of months after some weird story about his ex boyfriend stealing all his stuff, rumours that he was dating Kanye West and then ending up in a car crash where he broke his back, so it’s not exactly surprising to hear that the guy is taking some time out to deal with ‘trauma and personal issues’.

The YouTuber made the announcement in a 25 minute video that you can see below, letting us know that he was selling his house in California and moving to Wyoming full time – although presumably not to continue his non existent romance with Kanye West. He explains everything in the video below, but I’ve included a few of the choice quotes below:

I need to say goodbye to California for a second.

You guys know I live in Wyoming part-time, now full-time, and I really needed to do it for me. This decision was astronomically hard. There’s so many factors in my life, and after months I think I’m ready.

It’s really, really lonely here. I don’t need to be in a house this big.

I’m ready to really focus on my inner happiness and my peace.

Well good for him I guess. If getting out of California and going to live on a ranch in Wyoming is what he needs to do to make himself happy then I hope he manages to sort himself out.

Trouble is that this is Jeffree Starr and trouble seems to follow him wherever he goes, so I’m not exactly sure if this is going to be a permanent life change for him. Let’s hope so though.

For more of the same, check out what Jeffree Starr’s boyfriend who allegedly stole all his stuff had to say about it. What a weird episode.