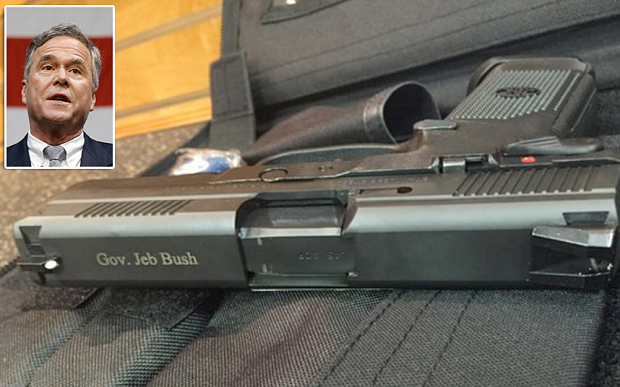 Political power moves don’t get much more terrifying than this.

When Donald Trump bullies you in front of the world and you feel like the whole of America is laughing at you, what do you do about it? Sit back and take it like a pussy? That wouldn’t be very American would it?

Nope, you reach into your pocket, pull out your gun and post a photo of it on Twitter under the caption ‘America’. Of course! 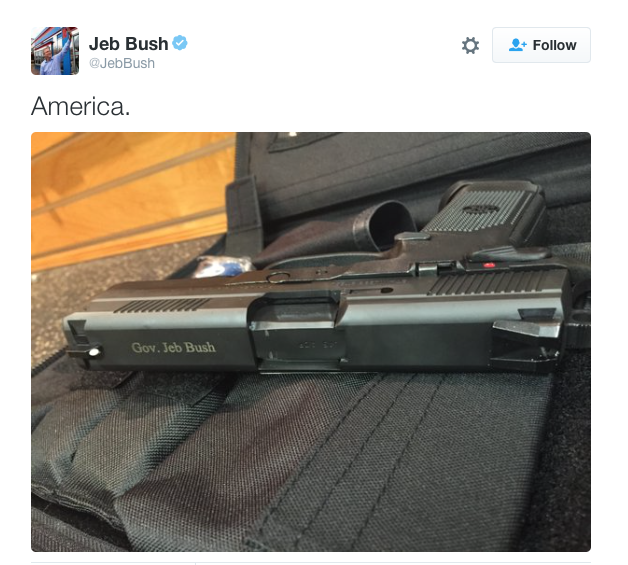 There you go. Sometimes the kid getting bullied has to fight back. Sometimes he has to let everyone know that he carries a gun just as it’s his constitutional right to do so. No more Mr. Nice Guy for George Bush’s little bro.

P.S. He’s not going to go insane and start shooting up the place at Donald Trump’s next rally is he? Not like every other white kid that gets bullied in America? Hope not.

For more insightful look at the extent of America’s gun problem – click HERE.