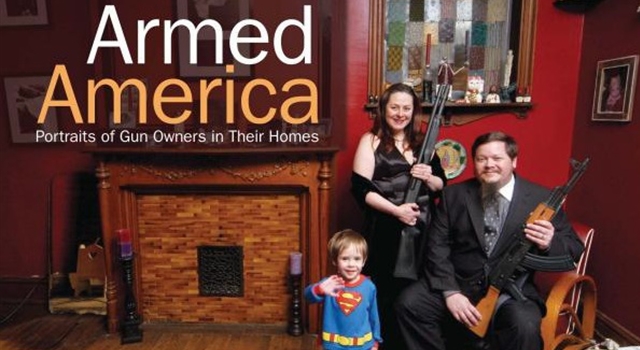 The book titled Armed America is a coffee table book showing “normal” US citizens showing off their firearms. Quite frankly, it’s terrifying.

Gun laws will always be a bone of contention in the good ‘ol US of A. There doesn’t seem to be any way around it. People feel the need to own guns to protect themselves from people with guns. The argument goes that if you have a gun you’re less likely to get shot. It’s a kind of backwards logic that seems to persist despite its obvious nonsensical nature.

This post covers a selection of pictures from a book entitled “Armed America” which shows “normal” Americans chilling at home with their favourite weapons. It’s a pretty weird premise and it’s clearly set out to normalise having death sticks in your house. I don’t like it.

The author Kyle Cassidy travelled 15,000 miles over two years to capture these shots and the Washington Post hits the nail on the head when they say that “…each picture in Armed America could be a pro-gun advertisement — or an anti-gun poster”.

So I’ve peppered the article with mad gun stats for good measure. 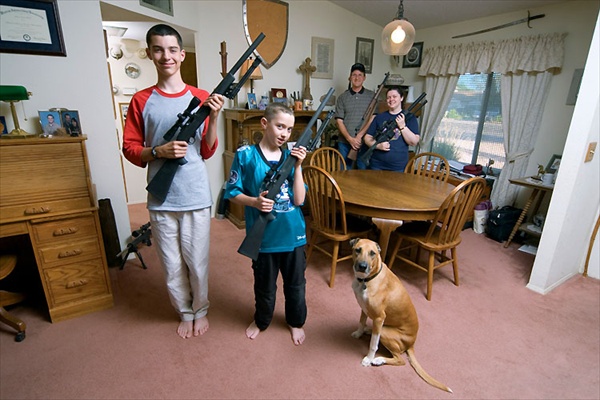 America has the largest number of guns per capita. In 2007 it had 89 guns per 100 residents. In second place is Serbia with 58.2 per 100 people. So America is far and away the most armed population on earth. 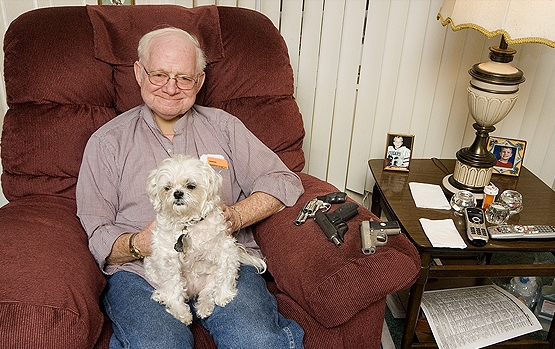 The Federal Bureau of Alcohol, Tobacco and Firearms reported that in 2010 5.5 million new firearms were made in America and that 95% of those were for the US market. 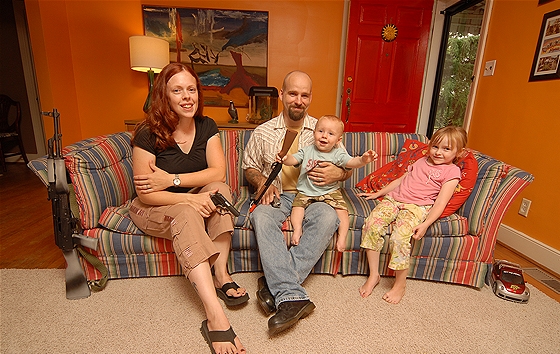