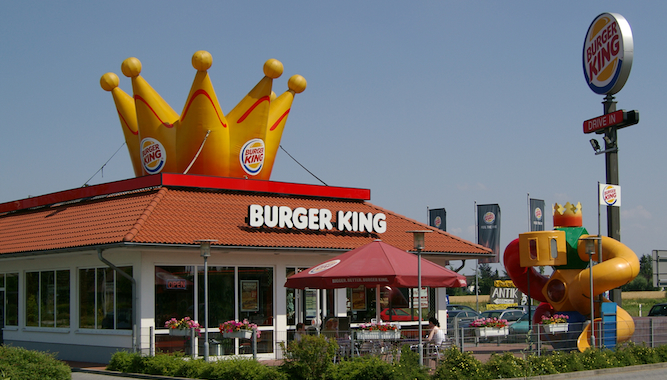 You would think with all the people that are getting fired for posting incriminating pictures of them at their jobs on social media that people would learn not to do it anymore. You would be wrong though.

Getting fired from your job sucks, but it’s way worse if you get fired from your job for doing something that could have been easily avoided, like posting a dumb picture of yourself doing something you shouldn’t be doing at your job on your Twitter account. The amount of people that seem to be getting fired for doing that is growing almost every day, which is really surprising considering how well publicised it is whenever it happens. Are people not paying attention and learning not to do that?

Here’s another one for the list. This is some Japanese guy called @inotayuta (his Twitter has now been deleted since this all blew up unfortunately) who thought it would be a good idea to post loads of pictures of himself messing around in the kitchen at his job at Burger King on his Twitter account. Big mistake dude, you’re gonna get fired.

Here are the two pictures that particularly offended people: 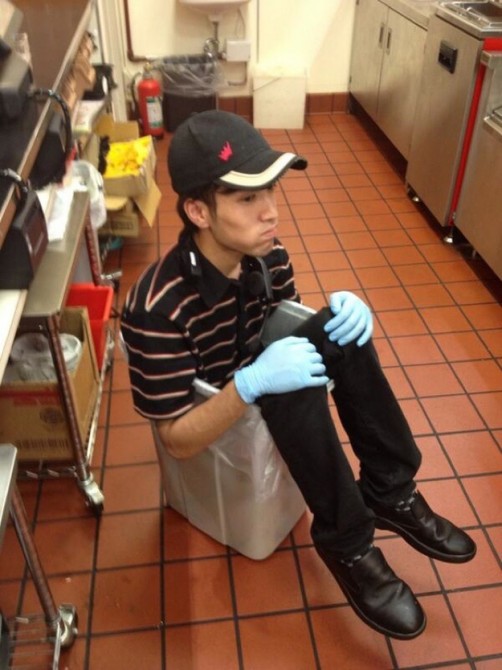 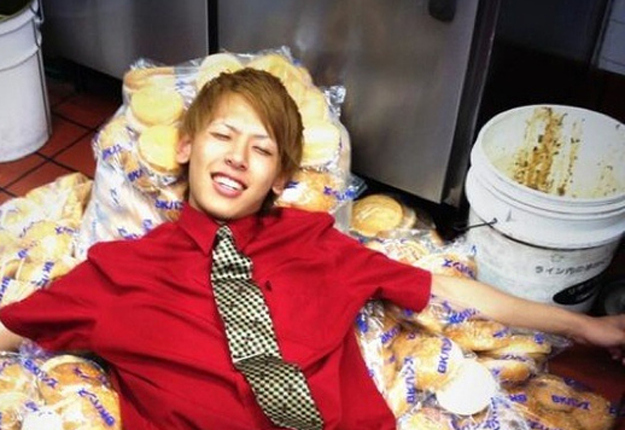 The second picture went massively viral over in Japan after it was posted on some message board that sounds like it’s pretty much the equivalent of Reddit over there. The Japanese people were outraged that these hamburger buns may have been served to customers and that an employee of Burger King would actually lie in a pile of hamburger buns.

Personally I don’t actually think that this is that bad. Sure, he shouldn’t be doing that but all the buns look as though they’re in packaging so it’s not like he would get any germs on them or anything. Maybe the buns might be slightly damaged but it’s not really like anyone goes to Burger King to get a good burger, is it? It’s quick and easy.

What I actually find way more disturbing is the bucket next to the dude. That’s like super gross, you know and way worse to have in a kitchen then some dude messing around lying in burger buns, right?

Japanese Twitter users are now referring to @inotayuta as the ‘Idiot King’ which is pretty jokes because it’s like a nickname that probably took less than a second to come up with.