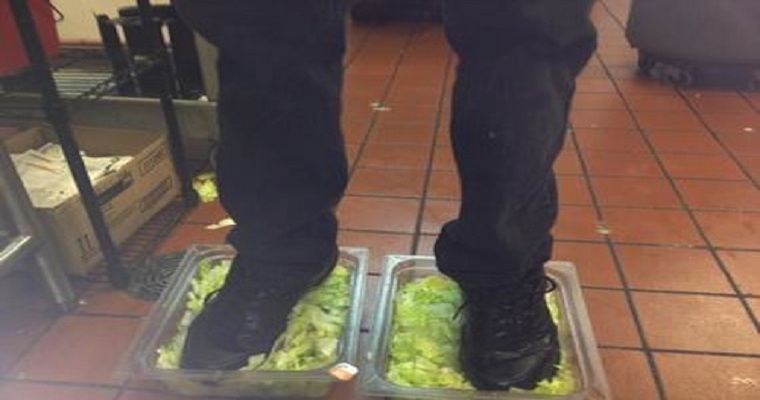 If you’re going to fvck with the food, at least be discrete about it…

A man in Cleveland, Ohio has been sacked from fast food giant Burger King for posting a picture of himself standing in tubs of BK lettuce on the internet. Captioned ‘this is the lettuce you eat at Burger King’, the attempt at humour backfired when users of internet image board ‘4chan’ used the GPS data accompanying the picture to track down the king of discretion within 15 minutes of it first emerging online…gotta love the power of the internet.

I think that is pretty gross, not that anything I eat from Burger King ever has lettuce on it anyway (bacon double cheeseburger mmmm). But stories like this and exposÃ©’s on the fast food industry always seem to shock the public and treat all fast food employees as if they are Eminem in that scene in ‘The Real Slim Shady’ music video that put me off onion rings for life. You hear stories of workers spitting on the food of hated customers but if you’re worried about that, it’s simple…don’t piss off the employee.

I worked in a takeaway pizza place for a couple of years and yeah we messed about, but we didn’t fvck with the food…much.  The difference was, if I dropped the pizza dough, picked it up and continued to use it as if it hadn’t stuck to any of the crap on our work floor, I wasn’t stupid enough to take a picture of it and post it on the internet. Also, it was more of a, ‘this is my first day of work ever, I’ve already messed up five orders and don’t want to get in any more shit with my boss’ than an ‘I’m a total bad-ass, enjoy that pan rust and hair with your pizza’ kind of moment. Unlike this quality fuckwit from Domino’s who was filmed purposely sticking cheese up his nose before strategically placing it on the customers food…have fun with that you prat. If you are going to publicise videos like this to the world, lets just say missing out on employee of the month would be the least of your problems.

Making suggestively shaped garlic sticks and DIY water-slides was a much more likely occurance on those draining tuesday nights where more time was spent having fag breaks and chatting to the Indian takeaway and Blockbuster workers next door than actually doing any form of work. So the video of the ironically named employee Mister Unstable bathing in his work’s Burger King sink is probably more representative of what really goes on behind those grimy ovens.This man however, who looks a lot like Sick Chirpse‘s favourite ass Steve-O with a funky do, is completely naked and having a blast on his birthday wash down in the company sink, which is probably more of a cause for hygienic concern.

This follows on from three girls who decided to bath together in the sink of their workplace KFC. The video of this was removed but based on the pictures, I doubt that’s a bad thing as it looks no where near as sexy as the three girls one sink scenario sounds. It’s no surprise that the pictures were posted on MySpace… 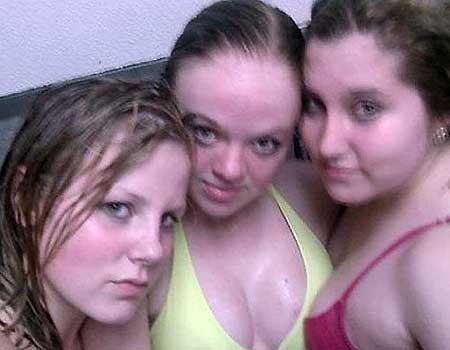 All of the said employees were fired due to mass internet exposure and outrage of bathing their naked bodies in what’s really meant for dirty utensils. So leason number one here is, mess around all you want, just keep it clean or don’t film it. Lesson number two, don’t even bother working at the place if your wages aren’t even enough to pay for a proper bath.