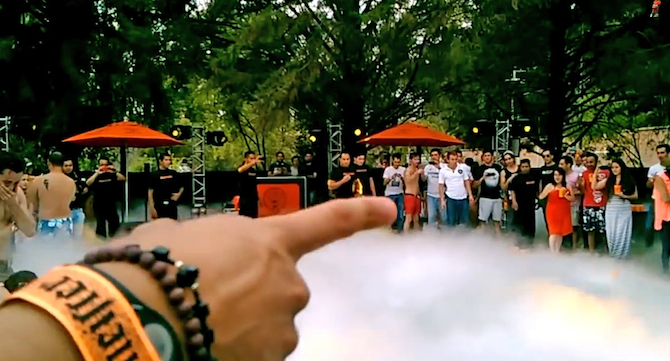 So if you mix liquid nitrogen with chlorine you get a toxic gas…. who knew? 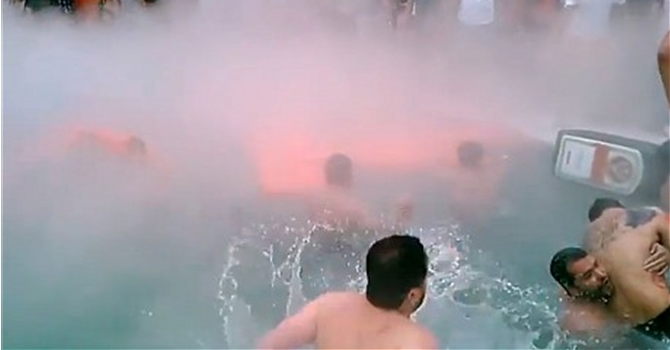 A Jagermeister pool party in Mexico sounds like something I would like to be involved in, sun, booze and a relaxing swim, bliss. But this particular party, held in Leon in Guanajuato state on Saturday, sounds like it might have been pretty shit. I’ve been to plenty of parties where people have passed out, but none quite like this.

The event’s organisers tried to spice up the atmos a bit and poured some liquid nitrogen into the pool, you know, to give it a cool, smoky party vibe. Apparently none of them were chemists or pharmacologists and they hadn’t done any research before carrying this out.

So what actually happened was that they did get a pretty cool exciting smoke effect,  except the smoke was actually toxic. The liquid nitrogen mixed with the chlorine and people started fainting and nearly drowning. The party pretty much took a turn for the worst after that.

IS THIS THE WORST RAVE IN HISTORY?

Eight people were hospitalised with cardiovascular problems and one poor 21 year old is still in a coma. Nice one Jagermeister, that’s going to do your brand the world of good isn’t it? Someone really should have thought it through before mixing chemicals.

Here’s a video of the scene as people start to realise that not all smoke is good smoke: