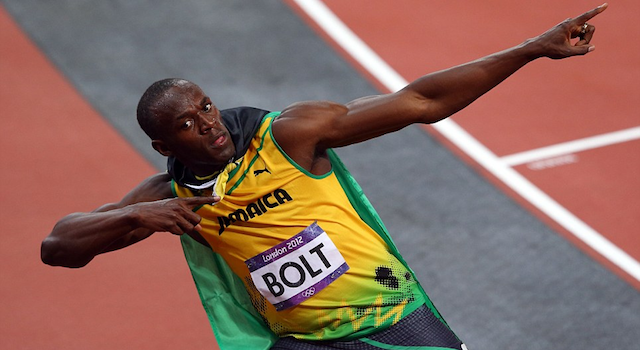 This picture is pretty damn awesome, and the kind of picture that someone only snaps once in a lifetime. Check out what makes it so special here.

This is one crazy photograph and could well be one of the best sports photographs ever taken because it captures a lightning bolt perfectly in the sky as Usain Bolt crosses the finishing line in Moscow at the track and field world championships over the weekend, flanked by a bunch of slower runners behind him.

Usain Bolt is such a badass and the fact that lightning is striking in this pic just makes him look even cooler and more of a badass right? I would be surprised if this picture didn’t become as iconic as his classic celebration to be honest. It’s just super cool. I also really like the way loads of people are running alongside the side of the track too – I can’t really figure out why they would be doing it?

Check out the picture below, you can click on it to make it bigger if you want a closer look: 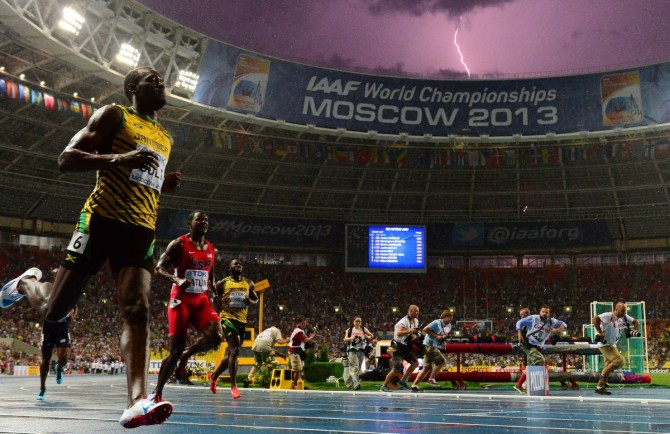 As with most awesome things that happen in life, this picture was of course a complete accident. It was taken by photographer Olivier Morin via one of five remote controlled cameras he had set up near the end of the race to capture the winner from multiple angles. He didn’t even realise that he’d snapped such a sick shot at the time and only discovered it when he was editing the photos on his laptop after the race. I bet he was well stoked when he saw it, huh?

He had the following to say about it, which is pretty modest really but also pretty much correct as nobody could really claim that they meant to do this, no way: ‘This was, I think, a once-in-a-lifetime moment. In my 25 years as a photographer I’ve never had an uncontrollable external element make a photo like this, and I imagine if I tried again for a similar result for the next 50 years, it wouldn’t happen again. So, I only really give myself credit for one percent of this picture!’

Usain Bolt Starts A Fight With Mario Balotelli Via Twitter